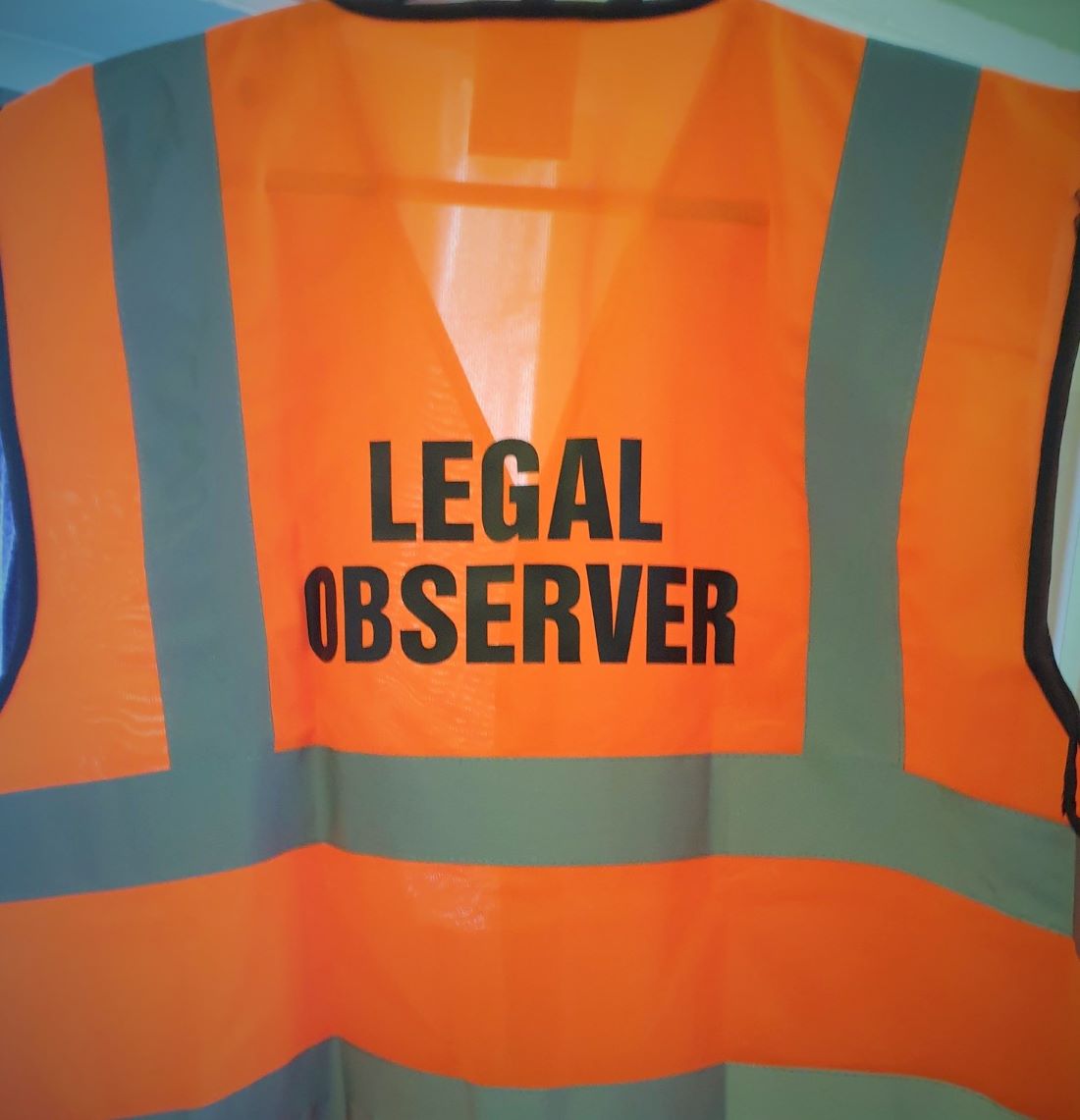 Southampton Solidarity Federation is a local organisation active in Southampton for the last two years. Their mission is to work against systems and structures which value some people more highly than others, whether that’s on the basis of wealth, citizenship, gender, race or class. It believes in using direct action campaigns to directly address needs, rather than trying to affect change through courts, petitions or political parties. While the pandemic has put a dampener on a lot of possible activity, SolFed have continued organising through online meetings.

The wider Solidarity Federation (SolFed) is the British section of the anarcho-syndicalist International Workers’ Association, which was founded in 1922. This international association has member organisations in countries across the world, including Spain, Brazil, Bangladesh and Australia. Just as each national organisation has its own independence, so too do local branches within SolFed. The local branch in Southampton focuses mostly on housing issues: pushing back against unscrupulous landlords and letting agencies. Other local branches (including Bristol, Brighton, London, and Liverpool) often engage in industrial disputes and campaigns.

Earlier in the year, SolFed worked with a pregnant teenager in Southampton, made homeless during the first lockdown. She had been evicted without notice and without reason given from a room given to her after being picked up by the homelessness team near the start of the pandemic.

Despite calls to rescind their eviction, the housing organisation declined to get in touch with the woman they had evicted. As the young woman was not keen to go back to living there after that treatment, SolFed instead was able to help get her set up in temporary lodgings with necessary furniture for a few months until more permanent housing was secured. They did this by opening up a disused office above an empty shop so it could be squatted for the duration rather than have someone be street homeless again.

Using local mutual aid networks, they were able to source for the couple the necessary furniture, bedding, cooking equipment, crockery and other essentials to make the place habitable. Fortunately there was running water, toilets and electricity. Within a few days the place was made into something approaching a home. 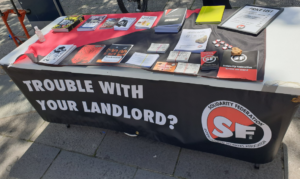 Squatting empty non-residential properties is not illegal under UK law, but it is a precarious form of housing and companies will exploit any lack of knowledge about the law to try to illegally evict people if they can. Late one the evening after the couple had lived in the property for over a month, a pair of bailiffs acting for a distant property management company attempted to literally kick their way into the shop. These were two middle-aged burly men, professional eviction specialists. Solfed members were able to get there within fifteen minutes to remind them that they wouldn’t be able to get away with these kind of tactics.

One of the two men attempted to make the argument “You wouldn’t like it if this was your home.” To which the response was that the building was a non-residential property owned by a multi-billionaire company that owns thousands of properties and it’s otherwise sitting empty. They didn’t have anything to say to that.

Over the next few weeks the bailiffs surveilled the property, hoping to gain entry. But the place was never left completely unoccupied. Eventually, a court order was filed for repossession. When attended on the phone the judge allowed the couple to stay until their more permanent accommodation was lined up.

There were several other smaller cases in the summer and autumn. Before escalating to a full campaign of direct action, SolFed engage in preliminary actions with letters and phonecalls. A lot of landlords don’t expect their tenants to know their rights, and so will do things like issue illegal notices of eviction. They will often rapidly back down when the tenant is armed with the facts of the matter. In two such cases, tenants avoided being evicted before their notice period was up just by standing firm and making it clear they knew their position.

Southampton SolFed run semi-regular training sessions on fighting evictions and using direct action for housing campaigns. Before the pandemic these were in person, but they now run online instead.

Southampton SolFed have also developed a series of informative leaflets entitled Stuff Your Landlord Doesn’t Want You To Know. These have been newly updated to take into account the rapidly changing law around evictions due to the Coronavirus. They cover notice periods, rent arrears, landlord harassment and the eviction process.

Get in touch: If you want to join Southampton SolFed or are interested in more information, drop them an email on southampton@solfed.org.uk.  You can also find them on Twitter, and Facebook.