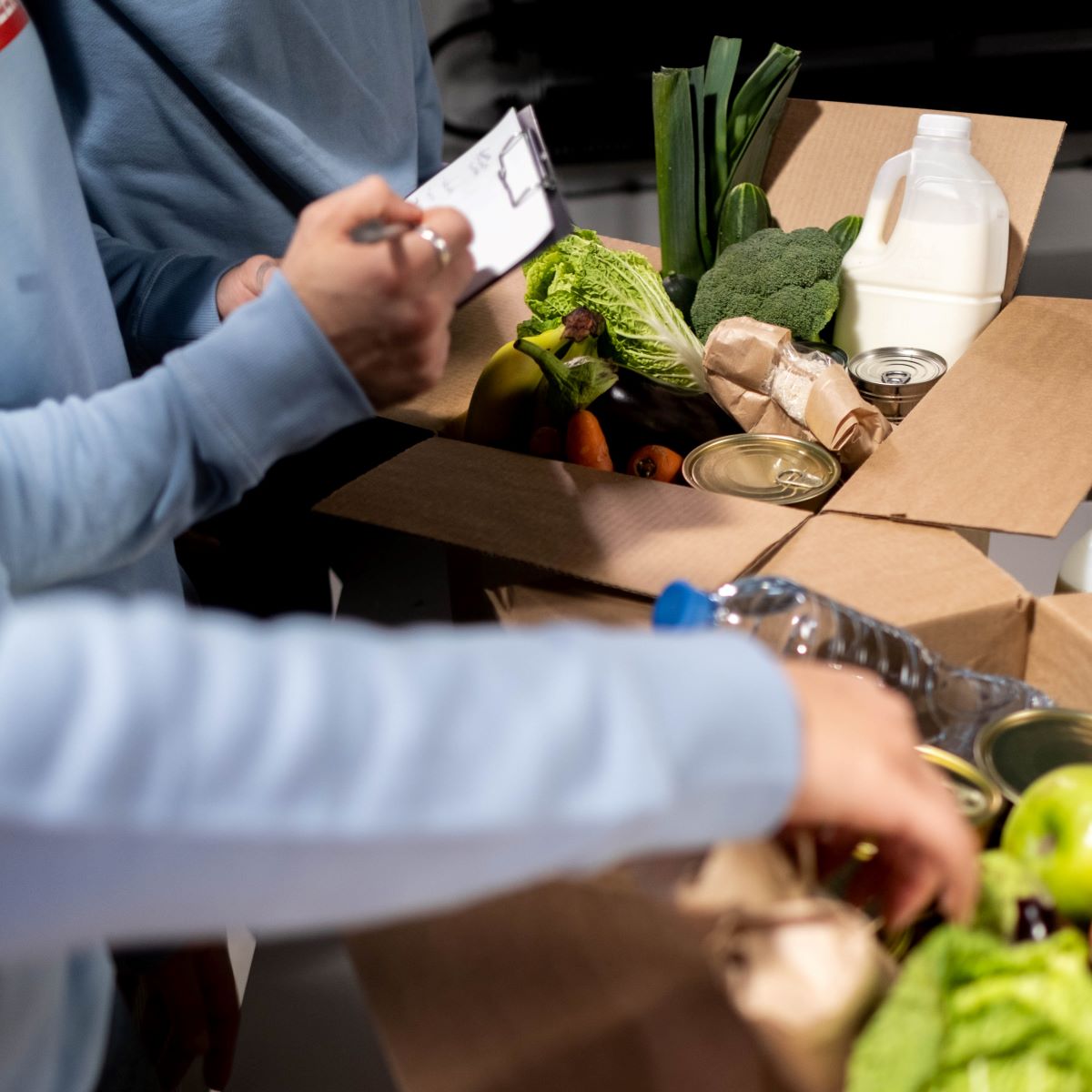 Listening to the radio last week, I was struck by a discussion arising from the National Food Strategy Review which has recommended that sugar and salt should be taxed.  The revenue raised would be directed to allowing GPs to prescribe fresh fruit and vegetables on the NHS.

The debate moved on to a discussion of food poverty in general, the inability of many households to afford a healthy diet, and the rise in food bank use by those in work. But why do we talk about food poverty, fuel poverty, in-work poverty, insecure housing and not simply call it what it is – poverty. By putting the symptoms of poverty in separate boxes with different labels we avoid discussing the underlying disease and we beg the obvious question. Why in one of the richest countries in the world, where GDP has more than doubled in the last 40 years have we seen the re-emergence of widespread poverty?

It affects us here in the South. The food banks have an increasing workload and families have been known to ask for food which does not need cooking because they have no means of heating it; social housing is at a premium and private sector rents are unaffordable for many local young people. House purchase is even more difficult. Social care is collapsing  and all areas of local government are being starved of essential funds from the central government.

The apparently inexorable rise in average life expectancy has gone into reverse in the UK largely as a result of declining health outcomes among the least well off. Why?

Media discussion of poverty mostly seems to accept its reappearance as an Act of God, something we just have to learn to live with. In the same way we are supposed to accept that young people will have worse lives than the older generation have had. The reality, however, is that the increase in poverty in a country that is getting richer overall has been a political choice.

Advances in living standards for working people during the last century were achieved as the result of years of political struggle by the Labour movement to share our national income – our GDP – more fairly. The wealthiest in society largely acquire their income in the form of rents, dividends and interest, not from work, but simply as a reward for the ownership of existing wealth. As the 20th century progressed the share of GDP taken by this group was reduced, while the share taken in wages by those whose labour produces our national wealth increased.

The very richest getting much richer…

Between 1920 and 1979 the share of our national income going to the top 1% fell gradually from 20% to 6% while the share going to the bottom half of income earners rose to 23%. However since 1979 this trend has been completely reversed. In the last 40 years the share going to the top 1% has more than doubled while the bottom half of incomes now account for only 18% of the total. Very little, if any, of the increased national wealth has found its way into the pockets of those at the bottom of the income distribution. It is this redistribution upwards which explains why things are getting better for those with assets and going backwards for those without:  the young, those in insecure work, the disabled, pensioners who do not own their own homes – the list goes on.

And none of this is an accident. The gains made during the last century by the working people who form the vast majority of the population, arose from a combination of political choices. Among the most important of these were: the introduction of redistributive direct taxation, the legal underpinning of trades unions to redress the power imbalance between owner and employee, public provision of affordable services with the placing in public ownership of some of the natural monopolies and strategic industries, including coal, steel, gas, electricity, water, public transport, the NHS and council housing. The burden of financing education and health care was lifted by the state. The increase in wages enabled home ownership to become a possibility for many for the first time, while council housing provided security for others. The zenith of progressive politics in the UK was reached in the aftermath of the Attlee Labour government of 1945 which established a post war Keynesian consensus which generated increasing living standards and secure employment for all until the late seventies. I was a direct beneficiary of this; I had a free university education with a maintenance grant, I have a decent occupational pension and I own my own home, but I remain profoundly aware that those achievements hung on the political choices which framed my childhood and gave me the chance.

The power imbalance between owners of wealth who expect to be rewarded for that ownership and those who work for a living had not gone away however, and when in the mid-seventies the instability caused by the sudden quadrupling of oil prices by OPEC offered the chance, the right wing Conservatives seized it with both hands. Under the banner of so-called neo-liberal economics, (actually an ideological tool not an objective science), Margaret Thatcher set about reversing all the improvements working people had gained. Trades Unions were neutered; utilities and public transport were returned to the private sector so that consumers could once again be exploited for profit. Indirect taxes like VAT which hit the poor hardest were increased while the direct taxes which fall on the rents, dividends and interest of the wealthy were slashed. Council houses were sold off and rents soared. The Labour government under Tony Blair, while ameliorating some of the damage, failed to challenge the new neoliberal orthodoxy either intellectually or in practice, and the flow of wealth and income upwards has continued more or less unabated to where we are now.

And where are we now? The rational case for continuing as we are collapsed with the banking crisis of 2008; what has followed is an attempt to milk as much more from the racket as possible before the rest of us close it down. The few remaining one-nation Conservatives in Parliament have been seen off by the hard right who have nothing left to offer but nationalist identity politics, culture war, and an attack on reason itself, because reason demands that we call a halt. The last bastion of progressive politics, the NHS, is the only bit of our Covid response to have acted effectively, and yet the programme of NHS privatisation by stealth continues. The people who have forced down wages, increased rents, paid themselves more, reduced their own tax bills, and subsidised their wage bills with universal credit then have the gall to complain about the “dependency culture “ their own policies have made necessary, and say that the £20 uplift must be withdrawn immediately because “we” can’t afford it. The UK had 45 billionaires last year. It now has 56, and they have increased their personal wealth in one year during the pandemic by a total of £61billion. The £20 cut in universal credit will save £6 billion but will push another 500,000 households into real poverty.  “We” can’t afford to feed our children but we can afford to send Bezos and Branson on private trips into space.

Boris Johnson, the poor man’s Donald Trump, uses the same media techniques: the pretence that there are no facts, or there are alternative facts, so that he can deny what he said yesterday and no-one will notice, the racist dog-whistles that have blown up in his face because teenage footballers have more integrity than our Prime Minister, the contempt for parliament, the constitution, and by extension for the people.

And then there is climate change…

Global capital and free markets are a powerful machine for making a few people unbelievably wealthy and large numbers of people poor. They offer no solutions to poverty, and no solutions to climate change, pollution, housing shortages, or pandemics, and they offer nothing to the South. We cannot return to normal after Covid. Normal is what got us here. Many of us in the Labour party believe that dealing with poverty is a matter of justice not charity, and that we need radical policies to shift ownership and control from the wealthy few, to tackle climate change, and to redistribute the national income fairly. I hope that that is what we will get from the next Labour government. 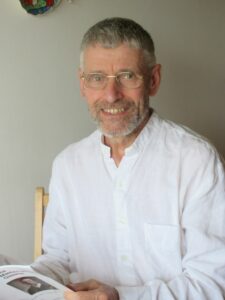 Born in St Albans in 1953 and raised in Radlett I attended Watford Grammar School and then studied Mathematics at Southampton University. On graduating I took a PGCE at the University of London Institute of Education and taught for twelve years in Hertfordshire comprehensives before moving to Alton Sixth Form College in 1987.

From then I taught mostly A level Mathematics full time and then part time until my final retirement from teaching last year. I still live in Alton but am a regular visitor to Southampton. I am married with three children the youngest of whom is at Liverpool University.

I have a wide range of interests including Theology, Geology, Politics and Economics and a huge enthusiasm for music of all sorts. I love walking, particularly in the Lake District and when we are not in lockdown I dance several times a week.