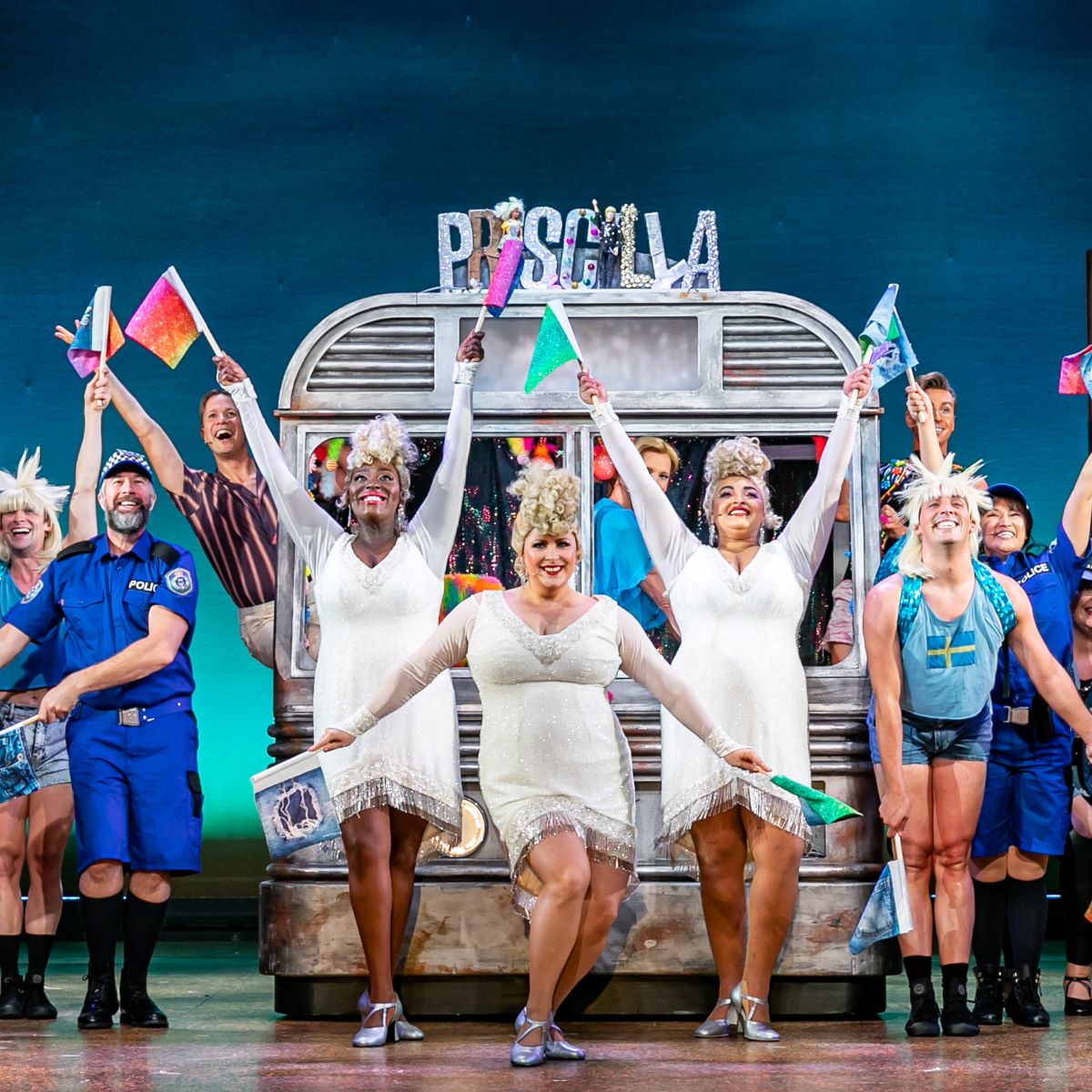 The Priscilla, Queen of the Desert cast burst onto the stage of the Mayflower Theatre in a show filled with sparkle, sequins and sass, and a soundtrack that kept the audience clapping along for its entirety.

Based on the 1994 Oscar-winning movie of the same name, the show follows the journey of two drag queens and a transgender woman as they travel across Australia in a battered old bus – prone to breaking down – named Priscilla.

The show features a mix of humour, alongside some truly heart-breaking scenes, where the characters encounter homophobic abuse and violence as they make their way across the Outback to unite Tick with his six-year-old son.

The three main characters, Adam/Felicia, played by Nick Hayes, Tick/Mitzy, played by Edwin Ray, and Miles Western as Bernadette provided a depth and talent that drew the audience into their struggle to survive out of the city, and the friendships that were cemented because of it.

In all, credit has to go to whole cast and production team – the music, choreography and hilarious one-liners were delivered with perfect timing throughout, and the costume department was outstanding, even though they had their work cut out with the seemingly constant changes into the flamboyant, feather-filled frocks.

If you are in desperate need of a feel-good night out, and let’s be honest, after the last 18 months most of us are, make sure you catch Priscilla before the bus moves on to its next stop!