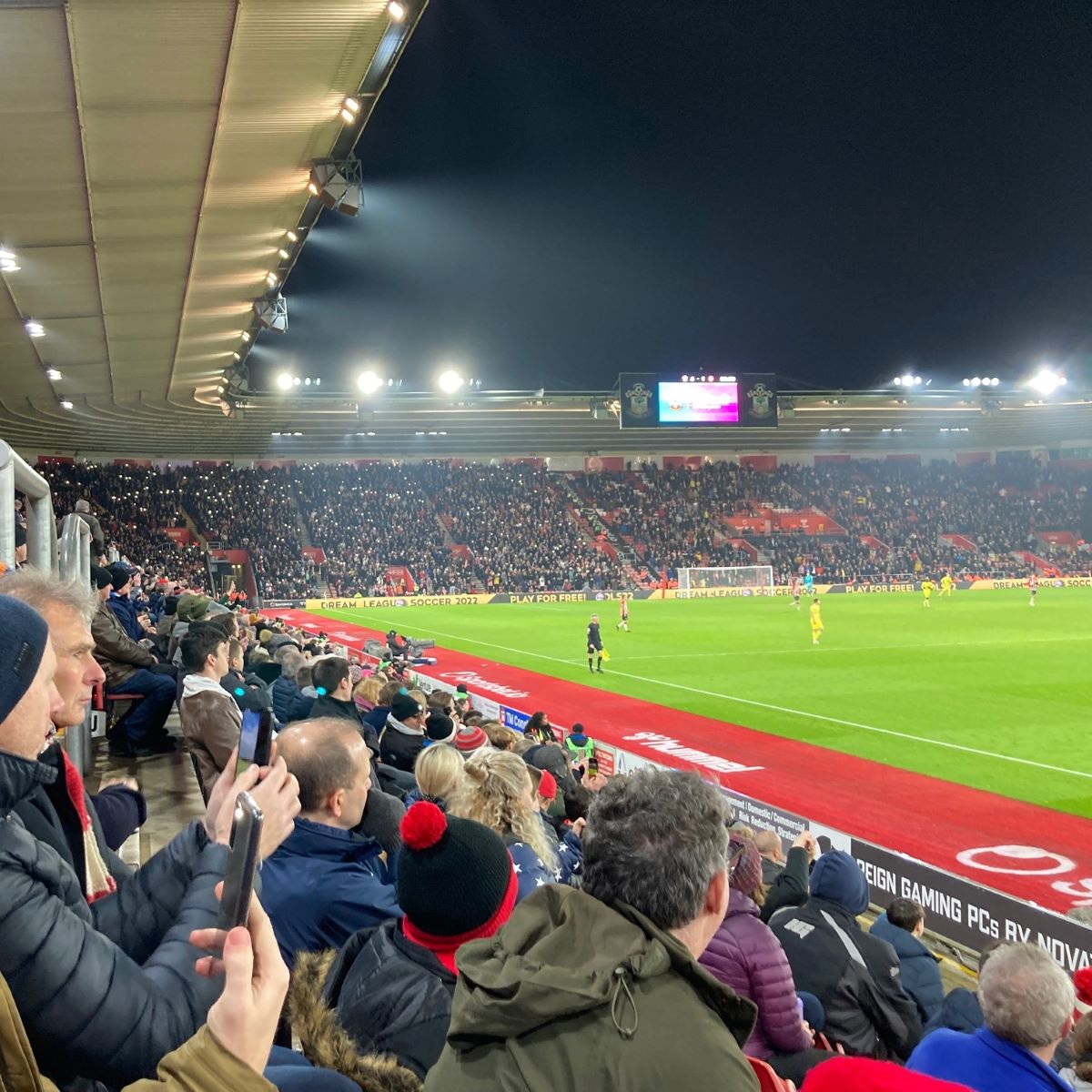 After four years of a form of nothingness with our previous owner, and many months of speculation, on 4th January the Saints were finally taken over by a new company, Sport Republic. If the previous regime was marked by inertia and silence, or perhaps more kindly no dabbling or asset stripping, these new people seem to have vision, ambition, plans and all sorts of radical ideas.

Sport Republic, only recently created as a London-listed holding company, is being funded by Dragan Salak, and run by Rasmus Ankerson and Henrik Kraft.  Ankerson brings football experience and an innovative approach, Kraft investment nous. All of which seems important and impressive when they start to talk about their vision, which sounds like a scaled-down Manchester city set-up; i.e.  a hierarchy of football clubs, and other sporting interests, operating as a network, with the Premier League team representing the apex of the pyramid. It’s a complicated structure but the long and the short of it made me feel like, after years of orphan-ownership my club are going to be adopted by good people who have an exciting future in mind.

Ownership of football clubs is big news these days and often seems to matter more than how the team is doing or who the next star striker will be. The English Premier League in particular seems to attract the haves and the have-mores like a moth to a flame. Whether it be commercial opportunity or simply the must-have plaything for the mega-wealthy, owning a football club is all the rage. From this fan’s point of view it’s hard to get as excited about boardroom activity as transfer speculation. I’d much rather concentrate on the matches and the players but, as money becomes more important than ever in the game (and life sadly?), I find myself keen to know what our owners have planned and their budget.

It seemed much more straightforward back in the day. The club, like most in English football, was owned by the family of local business folk.  Their reward for pouring their money down the drain was their name above the door, the best seats in the house, jobs for family members and a labelled parking place. In providing entertainment on Saturdays for local people, who were often their workers Monday to Friday, the owners played an important, but pretty straightforward role, in the local economic eco-system.

It changed for Southampton in 1996 with the infamous reverse takeover by Southampton Leisure Holdings, and a man who would divide opinion sharply, Rupert Lowe.  This was new territory.  A knight in shining armour or pantomime villain? – take your pick.  The thing that had changed was that the owners were becoming a much more high-profile actor in  the soap opera of supporting a football team.  All over the country in the 90s and noughties, takeovers vied with managers and players for space on the back pages.

For the most part football ownership experiences have been about money and ego, and perhaps geo-politics.  Only occasionally has this strand of the football narrative been able to pull on the heart strings and create a genuinely emotional impact.  In Saints’ case, in 2009, Marcus Liebherr became everyone’s adopted cuddly father when he stepped in and saved the club from an unknown but probably grim and short-lived future.  After several years of ownership turmoil, including administration and points deduction, and at a time when we most needed help, he provided it. We didn’t know him before, and he said very little, but Liebherr’s actions spoke volumes and what followed was the rebirth and rehabilitation of the club both on and off the pitch. Sadly Marcus didn’t live long enough to see the fruits of his decision, but I for one am happy that his daughter retained a stake in the club through the two subsequent owners.

Looking forward I’m mostly happy with these latest developments and excited about how the future might play out.  It doesn’t look like a major revolution, which is good as we are in reasonable shape as a club.  It does look like more active ownership, better cash flow and lots more hope and ambition. On the other hand I’m a football fan, which means I’m wired for heartache and disappointment. Will the new owners deliver on their ambition or will our club follow a well-trodden downhill path to poverty or disintegration, via unmet expectations and broken promises? The league is full of clubs whose ownership issues have led to years in the wilderness – Sunderland, Coventry, Blackburn, Portsmouth etc  – will we be another casualty of a failed endeavour?  I both live in boundless hope and fear the worst; such is the nature of being a football supporter.