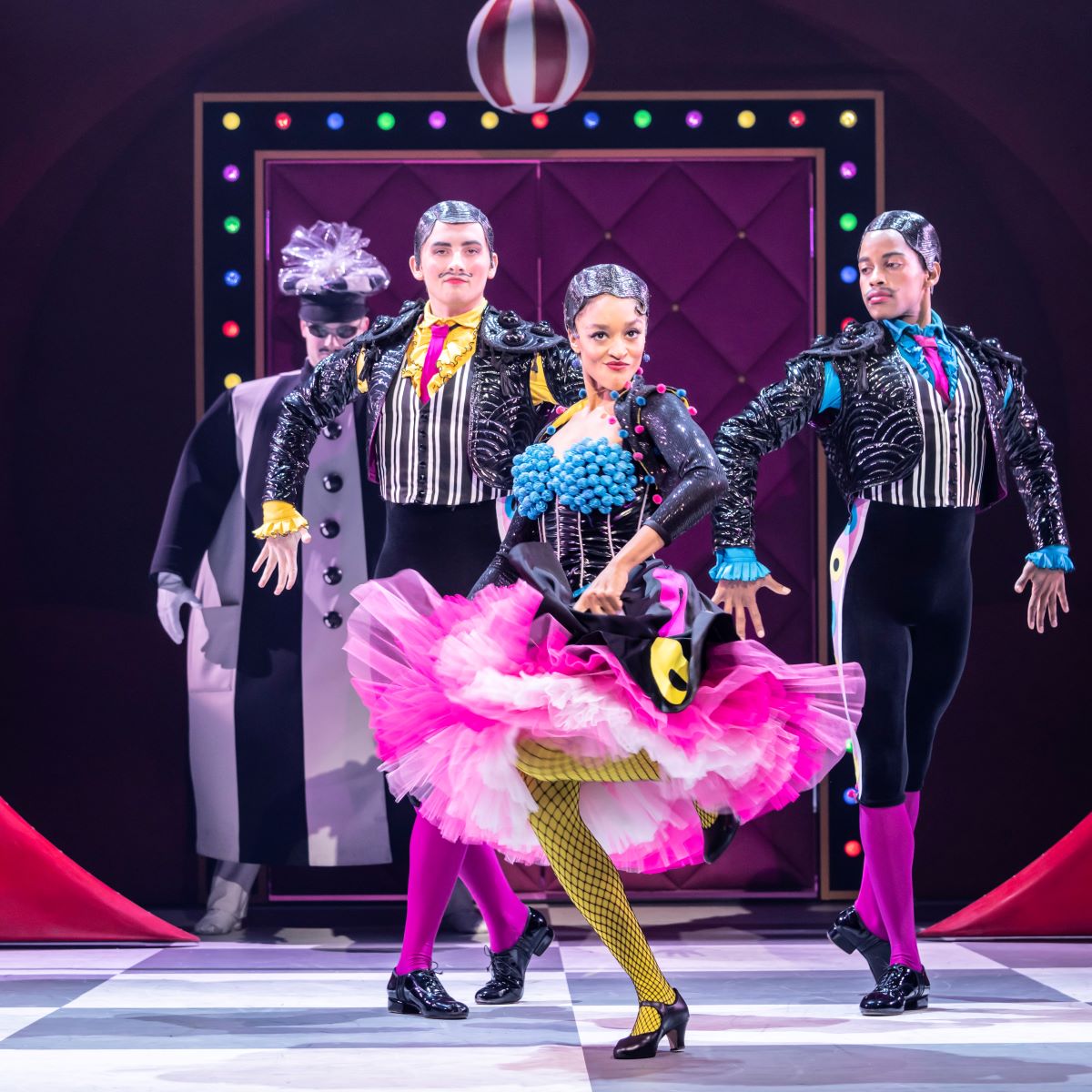 The sweetest of all Matthew Bourne’s treats returns to the Mayflower Theatre for the first time in nine years, from March 30 until April 3, and it’s a Nutcracker!

With family-sized helpings of Bourne’s trademark wit, pathos and magical fantasy, Nutcracker! follows Clara’s bittersweet journey, from a darkly comic Christmas Eve at Dr. Dross’ Orphanage through a shimmering, ice-skating winter wonderland… to the scrumptious candy kingdom of Sweetieland, influenced by the lavish Hollywood musicals of the 1930s.

Recipient of the 2019 Special Olivier Award, Sir Matthew Bourne and New Adventures have produced some of the most successful dance productions of the last two decades. A truly national dance-theatre touring company and one of Britain’s leading exporters of dance internationally, their productions include Swan Lake, Cinderella, The Red Shoes, Edward Scissorhands and most recently Matthew Bourne’s acclaimed re-imagining of Romeo and Juliet.

Talking about Nutcracker!, which celebrates its 30th birthday next year, Matthew Bourne, says: “I’m convinced that the main reason that The Nutcracker has retained its perennial appeal is because of Tchaikovsky’s incredible score.

“Act One contains some of his most engaging and, at times, profound, story-telling music, and Act Two has one glorious melody after another. After 130 years it retains its mystery, magic, and the power to transport us to another world.

“Some Nutcrackers can be a little tricky to understand but our version tells a simple story very clearly – it’s a wish fulfillment story, a story with a heroine (Clara) who has a lot to overcome and who eventually wins through.“