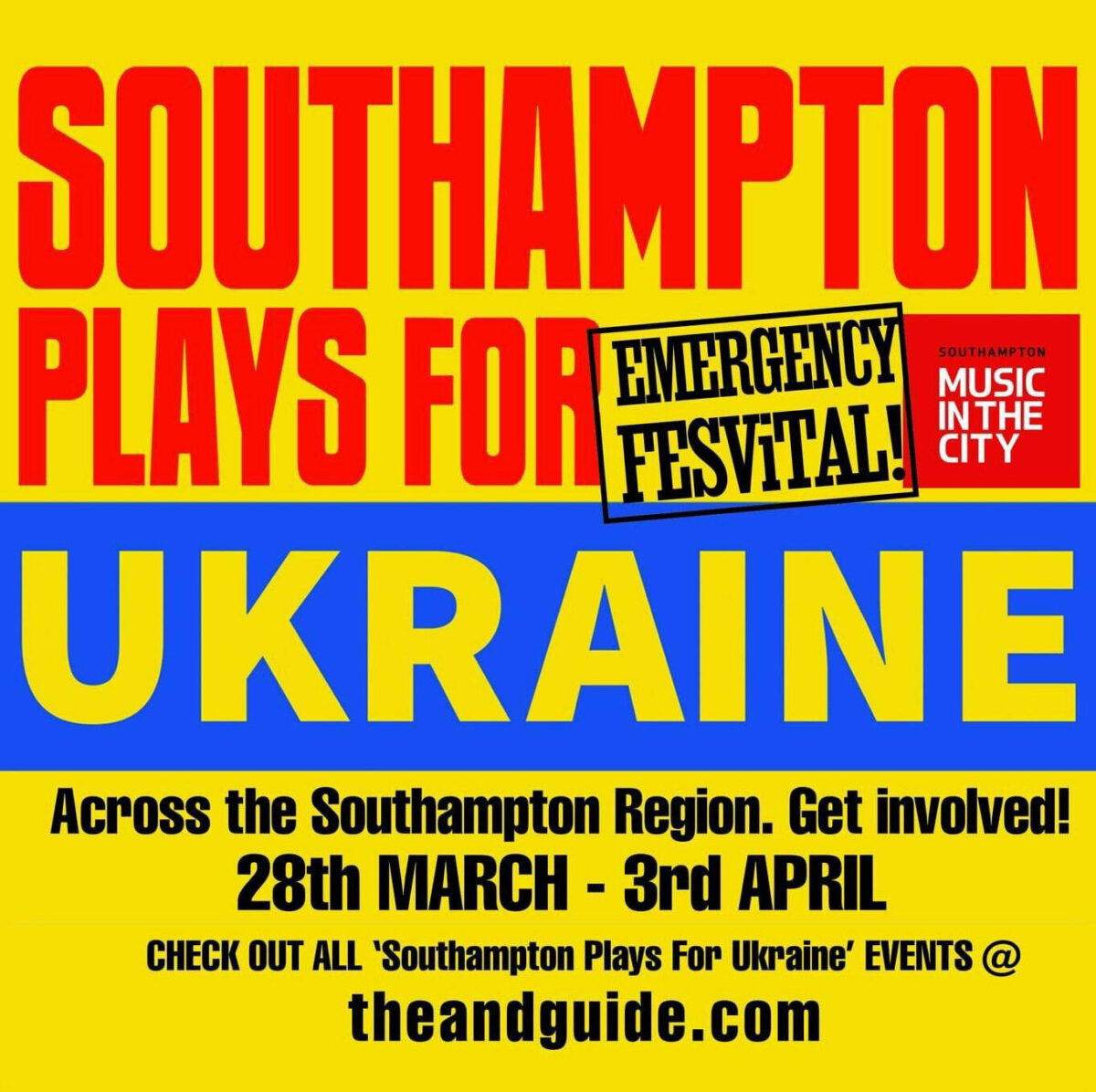 From 28th March to the 3nd April Southampton will be buzzing with music in support of Ukrainian refugees. A wide variety of venues in the city and beyond are hosting gigs and performances under the banner Southampton plays for Ukraine.

Music in the City’s Martin Perry, who also runs The AND guide, has taken on the job of co-ordinating gigs across the city through the AND guide website. Many venues and musicians have responded to his call. While the events are attracting some of Southampton’s favourite musicians, it’s the sound of overflowing collection buckets that Martin is hoping for. This emergency festival is all about raising money to support the refugee effort.   “We can’t stop the bullets,” he says, “but we can all do something.”

Over a dozen pubs in the city have registered to take part in this emergency MitC festival – which traditionally avoids many actual music venues. There The website is linking up volunteering performers. Some events will be taking place outdoors – West Quay has offered its performance space to the event.

On Thursday 31st, The Stage Door six-act gig is headlined by Galaxy Thief, while the Overdraft bar and vinyl store on Shirley High Street has a stellar line up of Interesting Wallpaper, Dan O’Farrell, Pegasuses and Tuto Marcondes.   The same night, Studio 3 in Bedford Place has Tokyo Joe featuring top saxman Tony Wright.

On Sunday 3rd April, 2pm,  the 1865 is hosting the Allstars – a collection of local musicians led by Martin Perry that came together for the last Music in the City festival. 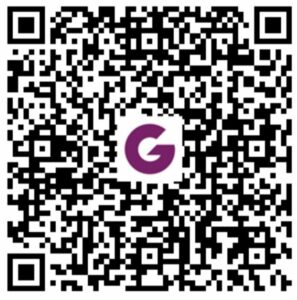 need family, a visa or a sponsor? – seemingly with the aim of preventing people coming to the UK even to join family, it is the people in the UK who have stepped up with support, and Southampton is right up there.

Poland has taken in nearly two million refugees across its borders since Russia invaded Ukraine. Without the fanfare photo-opps of David Cameron the van driver, Southampton’s Polish Club has run a massive operation collecting donations to support their country’s humanity and generosity towards fleeing Ukranians, and the city’s people and organisations have responded to the appeal.

All the funds raised by Southampton plays for Ukraine – and they are aiming for over £100,000 – will be going to the Polish Club to support its relief efforts, as it has the contacts and knowledge . If live music isn’t your thing, you can still contribute to the appeal, at Just Giving: https://rb.gy/q1phhp or using the QR code above.

First event out of the fundraising traps in the city was the Brook, where Hope and Social handed 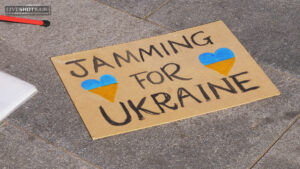 their ticket sales to the Ukraine Humanitarian appeal, and the Brook also contributed bar takings. Hopefully the Brook is giving a lead to other venues taking part in the event, as to what should be expected from their takings.

The amazing Southampton Ukelele Jam also jumped in early  with a fundraiser singalong in the Guild Hall Square on the 19th March. The money that event raised has gone to the Red Cross Ukraine Appeal.

Meanwhile, Momentum Southampton is hosting Sounds for Ukraine at the 1865 on March 24, featuring Sean McGowan and BASH! with funds raised being split evenly between the Southampton Polish Club and the Ukraine Solidarity Campaign. To read more, click here.

Details of all Southampton Plays for Ukraine events can be found at: www.theandguide.com. But keep a look out on social media every day as new events are appearing all the time.