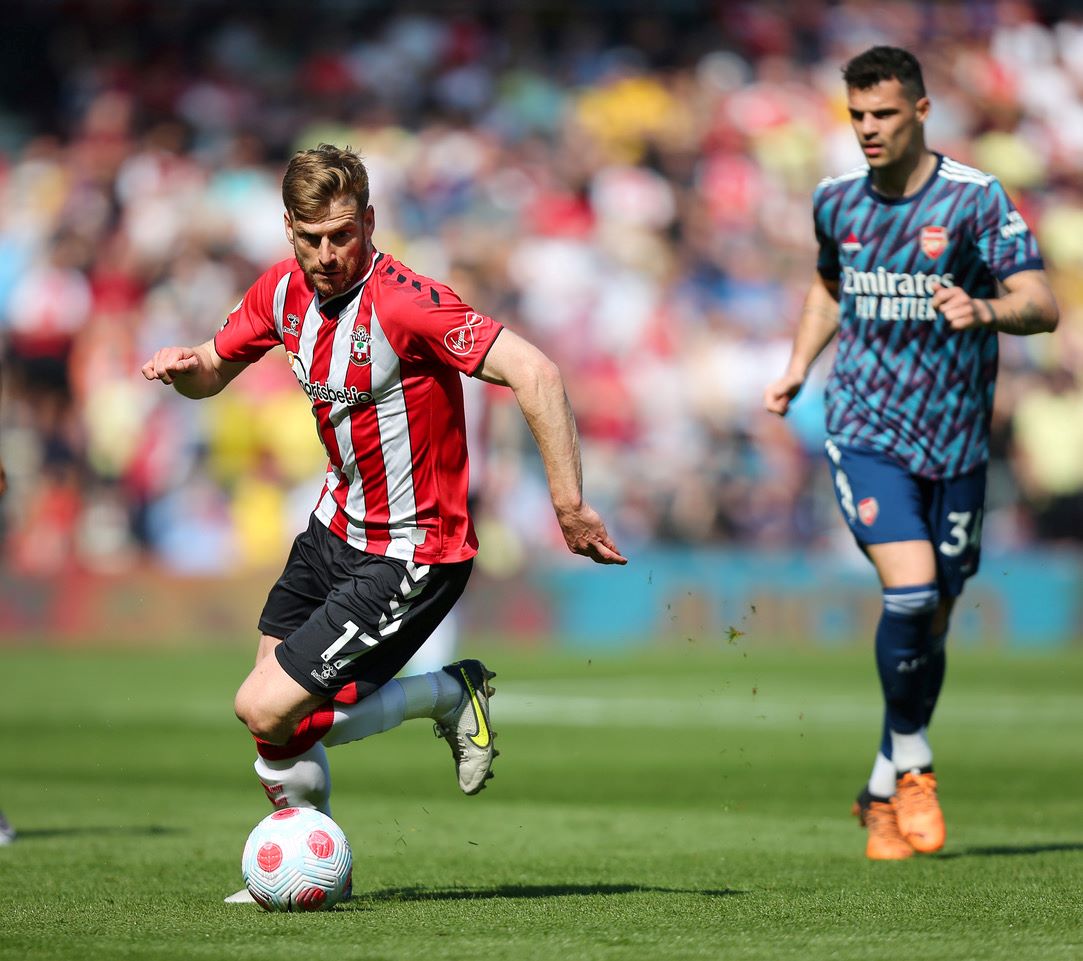 The eagle-eyed among you may have noticed this column is a week later than usual. I could make up some fancy, but oh so plausible, excuse for this but, truth be told, my writing has hit the doldrums in the same way as my football team has.  In fact the only exciting thing that has happened to me at St. Mary’s recently was the chance to run through it as part of the Southampton half marathon.

It’s been a weird season, although actually becoming a bit of a pattern under our current manager, Ralph Hasenhuttl. Expert pundits have taken to describing us as a ‘streaky’ team, meaning we go on streaks of form, good and bad.  I can see what they mean.  This season, Saints took nine games and two months to get a first league win and relegation talk was in the air. From then until early March we only lost five times in sixteen games and we started to dream of Europe; since when the wheels have fallen off in pretty spectacular fashion.  The team have managed to win one of the last 11 and crazily we may still get relegated (although it’s pretty unlikely – gosh I hope I don’t have to eat those words!)

If we could only spread out our points more evenly across the season, it would save a world of raised hopes and crushed dreams, of wild optimism followed swiftly by mounting dread.  The season is about nine months long, and we need 40 points to stay up and, let’s say, 50 points to make a decent top-ten finish. That’s 4-6 points per month; a win and a draw or two wins – simple!  But not for us no, this season we accumulated 80% of our points in half the season – “yippee Europe here we come” And only 20% in the other half – “We’re doomed I tell ya.” It’s one of the reasons our manager divides opinion among supporters.  Some regard him as the best thing since sliced bread, while others think he couldn’t manage his way out of a phone box.

And if we are going to be a streaky team, why can’t we finish the season with a crescendo?  Back in the Le Tissier era, when the phrase most associated with Southampton FC was ‘perennial strugglers’, we at least had the good grace to send supporters off for the summer with a spring in their step having magically avoided relegation on the final day of the season after a run of unlikely wins following a season of mostly misery.  Musicians will know the uplifting effect of ending with a crescendo; this season has been the opposite and we are left with a dispiriting diminuendo (yes I had to look that up).

I suppose I should be grateful to support a team that can provoke such a wide range of emotions.  We’ve had the full spectrum in one season, whereas as for Norwich and Watford it must have been prolonged tortuous blackness.  Which brings me to the other mystery of my beloved football team.  How can the saints be unbeaten against both Manchester clubs in the league over four games this season (and also beat Arsenal and Spurs) and yet lose to five of the bottom six clubs?  It defies logic and messes with my brain.

The upshot of all this is that our recent run of baffling performances and results has becalmed me.  I’m in the doldrums; finding myself paying more attention to Hampshire Cricket results than anything to do with football.  What I need is a good holiday; just two more rounds of matches to endure…