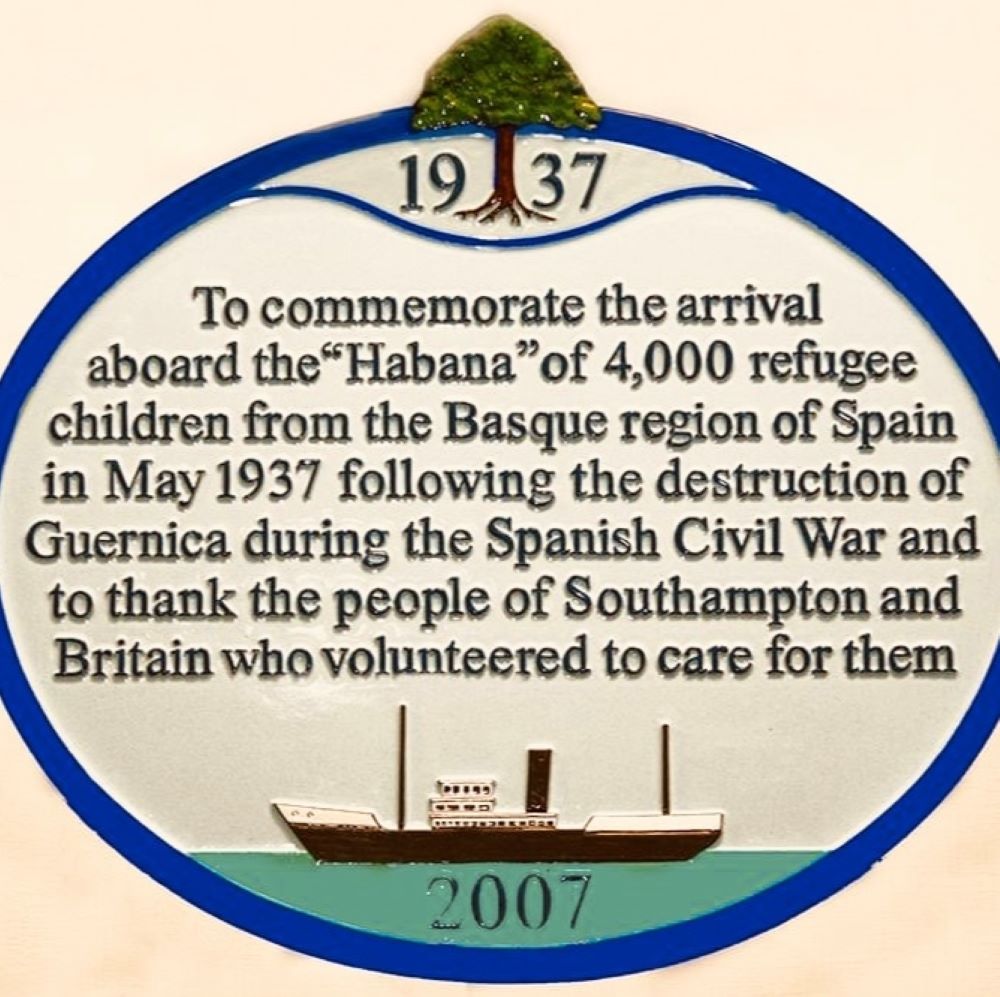 85 years ago, in May 1937, around 4,000 Basque child refugees arrived in Southampton escaping the Spanish Civil War.

Interest has grown in these events in recent years.

Back in 2007 the Heritage Lottery Fund awarded the University of Southampton, in partnership with Hampshire Archives, a grant of £47,000 for a major project led by Dr Alicia Pozo-Gutierrez and Professor Chris Woolgar.

The Spanish Second Republic was established in 1931, with an ambitious agenda to eliminate deeply-rooted inequalities. The republican programme encompassed land and education reform, improved rights for women, restructuring the army, and granting autonomy to Catalonia and the Basque Country. Threatened by far-reaching change, diverse political groupings aligned themselves in the so-called ‘two Spains’. The ensuing civil war lasted three years, with Nazi Germany and Fascist Italy helping one faction, Communist Russia the other, with Prime Minister Chamberlain in Britain leading a policy of appeasement among Western democratic nations.

The bombing of Guernica by Nazi Germany in Basque northern Spain was in April 1937. This led Pablo Picasso to create possibly the most powerful anti war painting ever. It has a gored horse, a bull, screaming women, a fallen soldier and flames.

Sadly, transnational migration in a time of conflict continues to this day with many currently fleeing Ukraine, Syria, Yemen and elsewhere.

A ceremony to commemorate the  85th anniversary of the Basque children’s arrival in Southampton is being held on Saturday 22nd May at 2pm, organised by the Basque Children of 37 Association. Meet at the entrance to Southampton City Library by the plaque to Basque children. The cremeony will include speeches and the laying of flowers.  It will be followed by a free screening at 2.30pm of ‘The Guernica Children’ in the Art Gallery.

To register for free tickets for the screening, visit https://www.eventbrite.co.uk/e/screening-of-the-guernica-children-85th-anniversary-of-basque-children-tickets-323296718187