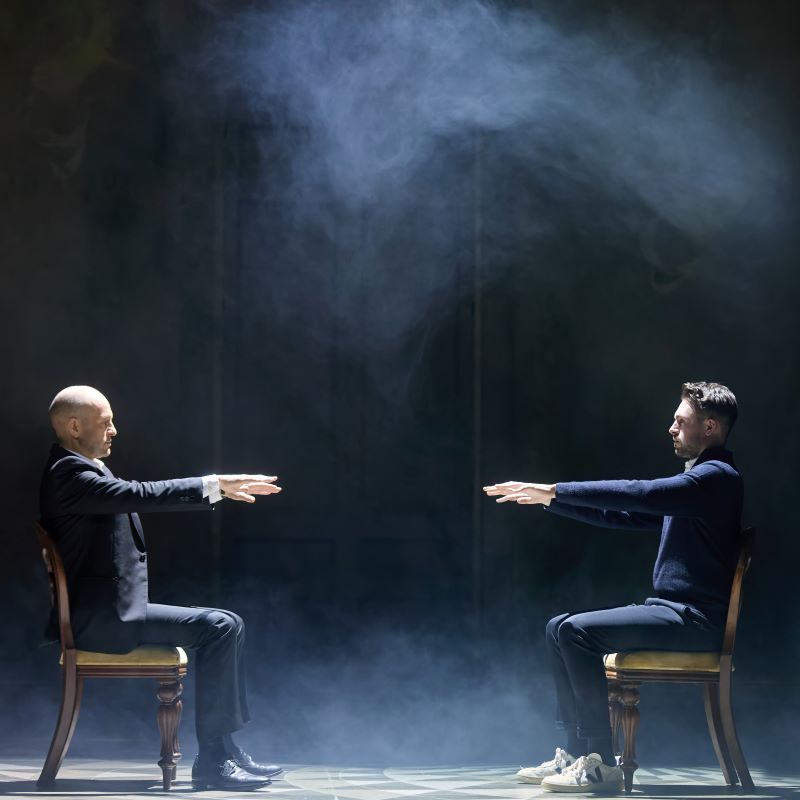 The first rule of Derren Brown Club is that you don’t talk about Derren Brown Club. I’d love to tell you all that happened in this bewildering and amazing evening – the first night of Brown’s run at The Mayflower (26 July) – but the man himself asked audience members and – particularly – reviewers not to spoil the fun of the show by revealing ‘anything’ that actually went on. I’m as brave as the next cowardly wordsmith, but I saw enough this evening to believe that  Brown may possess other-worldly powers – no matter how often he says it’s all perfectly simple Neurolinguistic Programming – so I’m not prepared to offend him in any way, shape or form. You’ll just have to go yourselves…

Although I always found him compelling on TV, I had never seen Derren Brown live before. Settling into my seat, I was determined to adopt a ‘sceptical but fair’ attitude for an honest review. Dear reader: I found my scepticism hard to maintain. Even if I wanted to tell you anything that happened, it’d be tricky as it seems that Brown wiped a significant portion of my memory (along with ‘70% ‘ of the audience), an effect that only the manufacturers of tequila have ever managed before.

Brown remains an extremely charismatic and ambitious performer. ‘Showman’ focuses on ideas about the shared isolation that, perversely, unites us and this underpinning theme gave Brown’s ‘Barnum-esque’ carny tricks a real emotional heft at times. A segment involving the examination of precious objects recalled the queasiness of a medium’s cold-reading, but it would be a cold-heart that didn’t feel any catharsis in the stunned silence around the revelations. Hypnotism is fascinating to watch in the live arena, and the sheer scale of Brown’s endeavours – they can’t all be stooges – plus my missing memories – proves that he still has the magic that made him famous. Beg or steal a ticket or – better yet – hypnotise someone to give you theirs.