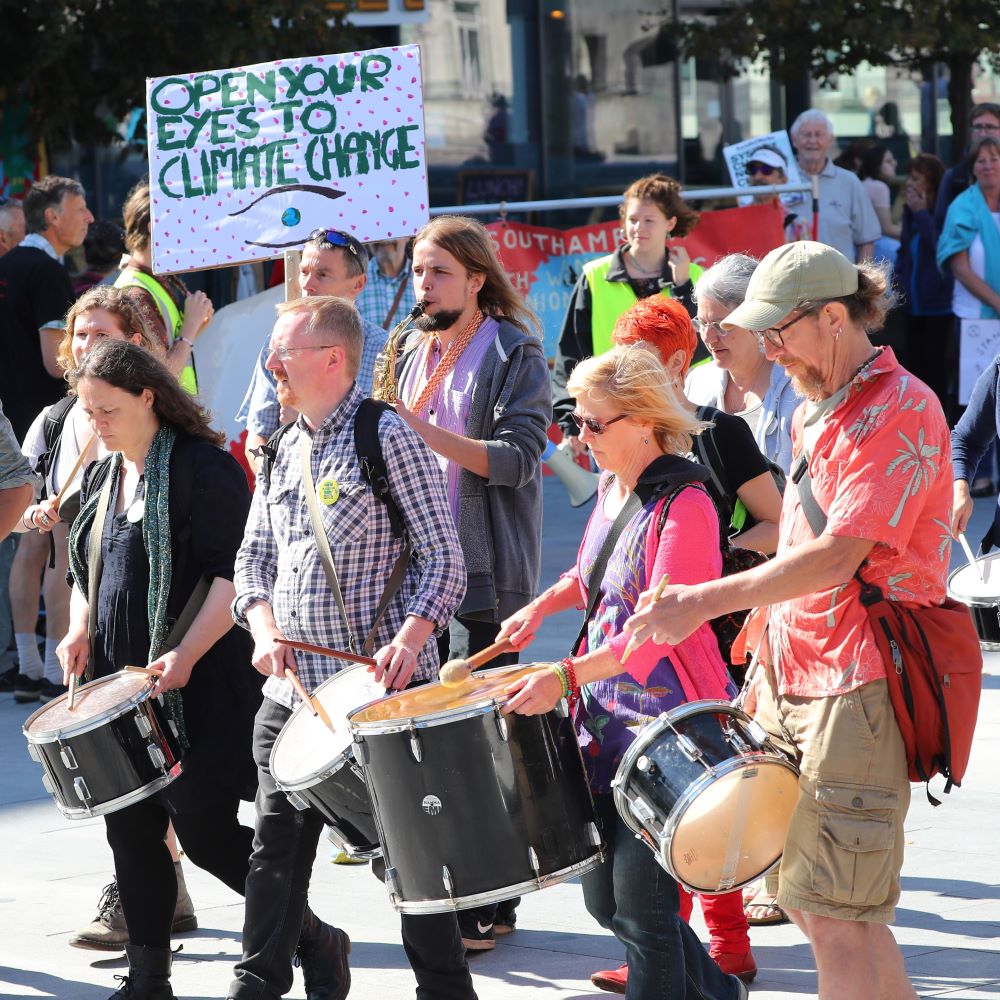 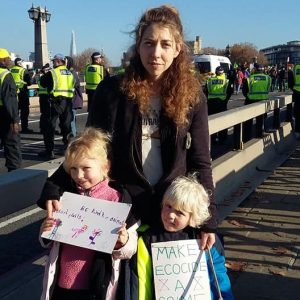 Today is be the start of the biggest international campaign of peaceful civil disobedience ever. Ordinary people – scientists, doctors, mothers, grandparents, youths, Muslims, Christians, farmers..will take to the streets and put themselves at risk of arrest to try to create an environment in which there is political will to do an emergency stop on climate change. For young people today the threat of climate change is like living in a house with a carbon monoxide leak where someone else has the key – and they aren’t taking carbon monoxide seriously. Is it extreme under these circumstances to try to to break the door down? In the words of Greta Thunberg ‘there are no rules for keeping fossil fuels in the ground, so we will not win this game by playing by the rules’.

Project drawdown research shows us how we could halve carbon emissions by 2030, which the Intergovernmental Panel on Climate change tell us we MUST DO to avoid devastating global warming. But it will take huge courage, leadership and understanding and we need everyone, now, to commit to it.

14 days to change the world?

Richard Horton, editor of the world’s leading medical journal, The Lancet, published an editorial on Friday on the upcoming protests called ‘Extinction or Rebellion?’ in which he said ‘it may be an exaggeration to say health professionals have 14 days to change the world. But not much.’ To that end, Doctors for Extinction Rebellion have organised the world’s largest climate and health symposium, as part of the protests, to take place at Victoria Tower Gardens.

Ex-police chief John Curran, preparing to get arrested for the second time, says police will face a future of trying to stop people killing each other for basic resources unless we act now. That’s what I think about when I feel bad about draining police and criminal justice resources.

We can’t blame China; our footprint is twice theirs when consumption is factored in. We can blame overpopulation but unless the proposal is to ban people having babies we had better do something else and fast.

Business as usual is not an option

I know this feels too overwhelming for a lot of people to engage in. When we hear devastating news it’s easy to react with guilt and denial because of the monumental challenges ahead. It’s easy to see the everyday challenges we face as more urgent, to fear the economy will not be resilient to the massive changes we need to undertake – but there is no option where we carry on business as usual and everything is okay.

No infinite growth with finite resources

There is something else going on here too about the kind of world we want to live in. Fixing the problems we have – with politics, with the economy, with modern lifestyles – would solve many of the health and wellbeing problems of today as a by-product. Our political system has been unable to deliver the changes we need to see – so it needs to change – and we need to see more participatory democracy – which would in turn see people feel more engaged in their communities and more connected. Our economic thinking has been about as successful as cancer – there is no infinite growth within finite resource constraints. But we could have a circular economy where nothing was waste and everything was recycled. We could reinvent the story of money to create a level playing field for countries saddled by debt; so for example Brazil would not feel unable to move away from chopping down the Amazon. We could require monetary wealth to be linked to tangible, meaningful entities like forests. We could change our cities so the car was not the top player in the landscape. We could stop poisoning ourselves with the wrong types of food and we could spend our time outside using every inch of land to grow the right types. Living in a dreamworld? When the real world is one we might actually stand to lose within the lifetime of babies being born today we will need all the imagination we have.

I have spent the past year 11 months,  since the inception of Extinction Rebellion, devoting all of my spare time to this and doing so has proved to me that everyone has far more power than they think  – just like we all have muscles we don’t exercise. We are all crew.

Christelle Blunden is a GP based in Southampton.