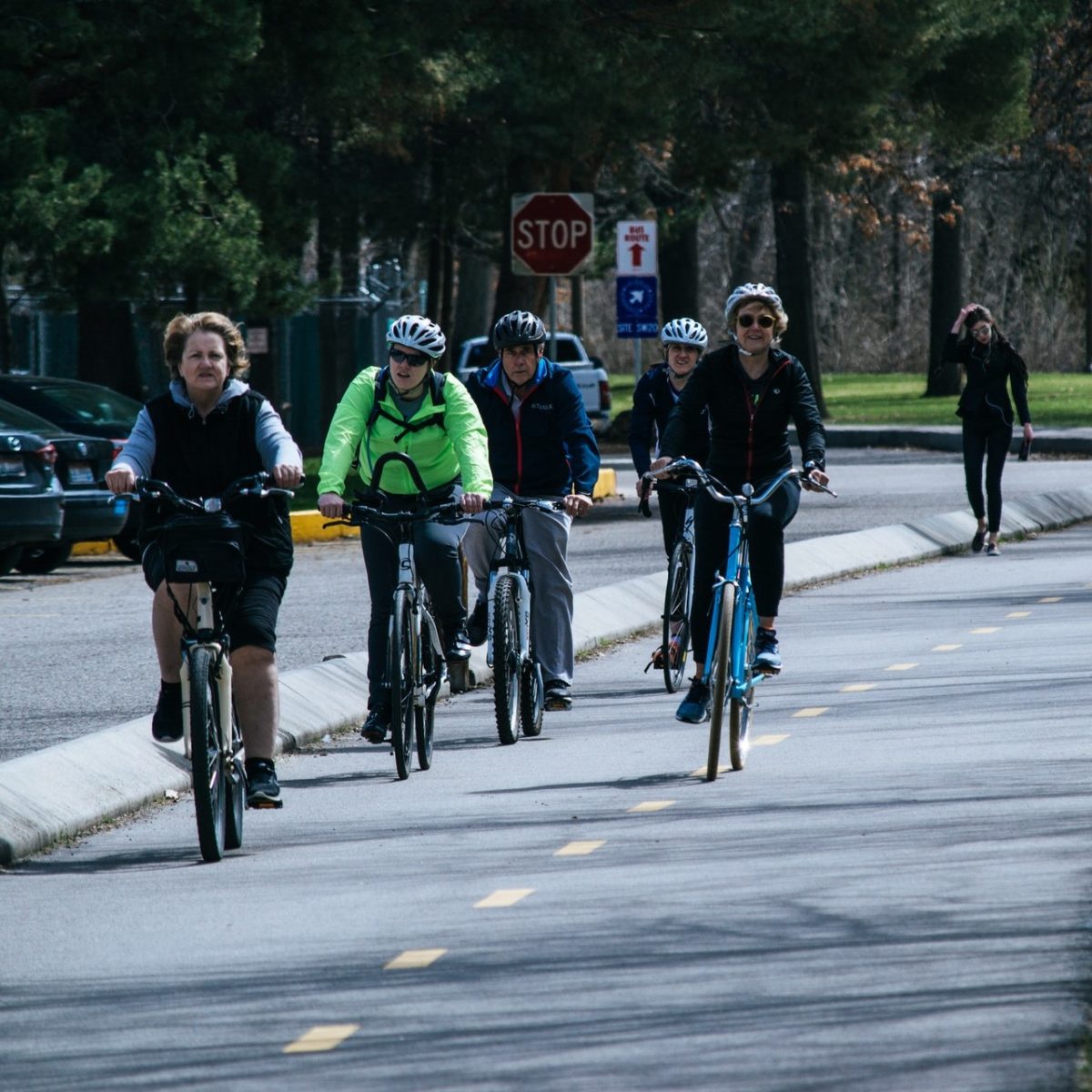 The current local debate in Southampton on cycle lanes and the imminent local council decision on them has prompted me the following observations.

Sadly, today’s politics seem to have become increasingly polarised with no middle ground or compromise. Many will just keep stating the same point without being prepared to listen, maybe learn and find a ‘middle way’ or compromise. Debate has given way to strongly held views being put ever more stridently. However, a misguided view, no matter how loudly shouted, is still a misguided view.

Politics has become two camps of ‘for and against’ with no one listening to the other, prepared to accept a different viewpoint and demonising the other side. Sadly, I fear the cycle lane issue has gone much the same way with two opposing groups locked in a bitter battle.

I write as someone who thinks compromise is possible yet was once a ‘petrolhead’, has previously owned many performance vehicles and even driven a Formula 3 car at Thruxton. So, I am not anti-car and even did an Advanced Motoring course mainly, I admit, to get cheaper insurance! However, since a brain haemorrhage, I nowadays use my electric cycle or public transport wherever possible so have a foot in both camps.

As Bob Dylan once sang “the times they are a changing”. It may be an inconvenient truth but the planet is in undeniable ecological crisis and local high pollution levels are costing lives especially through respiratory diseases such as asthma. I noticed less pollution in the spring lockdown from cars, cruise ships and planes. Obviously, that cannot continue as the health of the economy is also vital but surely, we must try to do what we can? 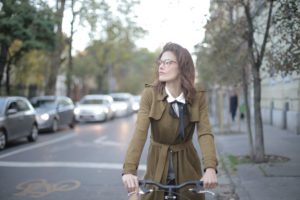 People know that ‘something needs to be done’ but few want to take the steps required. David Attenborough has said we are the first people on earth to realise we are hurting our planet and maybe the last generation to have the opportunity to do something about it.

Society has undoubtedly become more self-centred, with fewer seeming to be altruistic and thinking of the common good. Maybe this has its roots in Margaret Thatcher’s view that “there is no such thing as society”. If that is true then community is gone and we all just seek our personal interest at the expense of others. Whatever, in my lifetime it certainly feels to me that more will do whatever they chose. Which in the case of some car drivers is to continue regarding all road space as theirs only to use.

In fact, encouraging those that are able to cycle should not be a party-political issue at all. We all breathe the same air and we should work together for the most efficient transport routes around our city.

As a published local historian, it may be useful to share a historical perspective. Southampton’s shape is determined by geography and history. As a port it has only three land sides so a circular ring road as found in many other places is not practical.

The Norman Old Town area has been added to as the place has grown since the introduction of the railway in 1840. We have the second largest amount of green spaces in England with the central parks and the Common. Obviously, no one would propose building over them. The existing transport termini—railway, ferry, coach, bus and car parks are widely spaced and the walking distance to destinations is often considerable. So, such a spread-out city it is not easy to manage for the many thousands of commuter and local journeys each day.

We have been here before debating local transport systems. Back in the mid 1980s, there was much debate about a low pollution, 12 stop ’sky bus’ monorail system. It nearly came to fruition. It was largely privately financed and based on the fully automated, electrically propelled public transport system working successfully in Lille, a city not dissimilar in size to Southampton.

The Southampton Rapid Transport Bill, 1989 was promoted by the then Southampton City Council. It was unopposed by Hampshire County Council and was intended to improve transport in the city centre of Southampton and be capable of further extension if necessary. It failed to gain the necessary parliamentary approval and was ‘talked out’.

Since then Southampton has grown in population by around 50,000 and the local transport problems have now reached a critical level.

However, other  things have also changed. The days of the internal combustion engine are numbered. With Conservative governmental encouragement all manufacturers are now producing or will produce electric powered vehicles. London taxi drivers can only buy a new car that is electric.

Boris Johnson was known for his ‘Boris Bikes’ when Mayor of London and the government have been giving out £50 bike repair vouchers. Yet the Conservative group on Southampton council are opposed to the current cycle lane scheme. Presumably they feel this will gain them votes in future local elections?

What is certain is that within a few years, just as Henry Ford once made the successful Model T for the ordinary person, someone will make an affordable electric vehicle that many people will want to buy.

In 20 years’, we will look back and wonder why we ever raced around in highly overpowered chariots of steel. The world is changing fast and we must do something to reduce pollution levels. I have seen people say that the cycle lanes will actually increase pollution with more delays and there maybe some truth in that. I hate being on a bike behind a smelly exhaust. However, the answer is for those that can to cycle more, car share, use public transport if possible, use electric vehicles, etc. The lanes may well be presently underused but it takes a while for people to change behaviour patterns. It is also often said that cyclists should pay road tax and have insurance. Cars, of course, do not directly pay for the upkeep of roads but for vehicle emissions. Bike produce zero pollution. It is true that electric batteries do consume finite resources during their manufacture.

Attitude and behaviour change is never easy. When I was young most people seemed to smoke and public places such as cinemas were smoke filled so even a non-smoker took in the polluted air. I briefly tried cigarettes in order to ‘fit in’ but luckily never became addicted. Today smoking is socially unacceptable. The same applies to drink driving and seat belt wearing so major changes can happen over time.

There is also the issue of local air quality. I suffer badly from asthma but it was noticeable in April and May that I was literally breathing more easily; an unexpected but welcome benefit for me during the difficult days of lockdown. I know there are moves regarding ship to shore power and the use of alternative ship fuels but progress is slow. My first degree was in Economics so I am well aware how badly Southampton will be affected by the impact of Covid 19 on our economic drivers of the cruise ship industry and the potential loss of students particularly the ones from abroad who pay higher fees. There must be a balance between health and wealth.

The problem is that people do not like to feel a sense of loss. The Avenue has never been wide enough for four lanes (two in, two out) but the cycle lanes seem to motorists have reduced the road available so any overtaking is now almost impossible. My objection to the Avenue lanes is that I still feel very vulnerable cycling there with vehicles often passing very near and separated only by a thin white line. In the past I used the shared pedestrian and cycle pathway and will still do so on the Avenue.

The eastern cycleway from Bitterne to the Windhover roundabout is great as it uses an improved shared pavement and motorists do not notice. Where possible the answer is surely to have separation of bike and motor. I now often cycle the new route from Southampton west to Redbridge or Totton and up to Romsey via Lee Lane seeing very few cars.

So yes, maybe the detail needs looking into particularly on the Avenue scheme. I also read that there was not sufficient prior consultation and people complaining of money being wasted. Others say it is actually central government money and has to be used. I am not qualified to judge at that micro level. However, I urge all local politicians not to resist the march of progress as the Luddites once did but to find a sensible compromise and vision that helps us all cycle more, improve our fitness and reduce pollution levels yet doesn’t make car drivers feel like they are under attack. After all it’s the world that future generations will inherit that we have in our hands. I travel hopefully.

Father of two Martin Brisland is the author of  Secret Southampton and  A-Z of Southampton: People, Places History. Born in Southampton in 1953, he worked in further and higher education, and had a parallel career in music, playing keyboards in many local bands until his brain haemorrhage. He has recently turned his hand to writing, with more books in the pipeline, and is also a qualified tour guide.