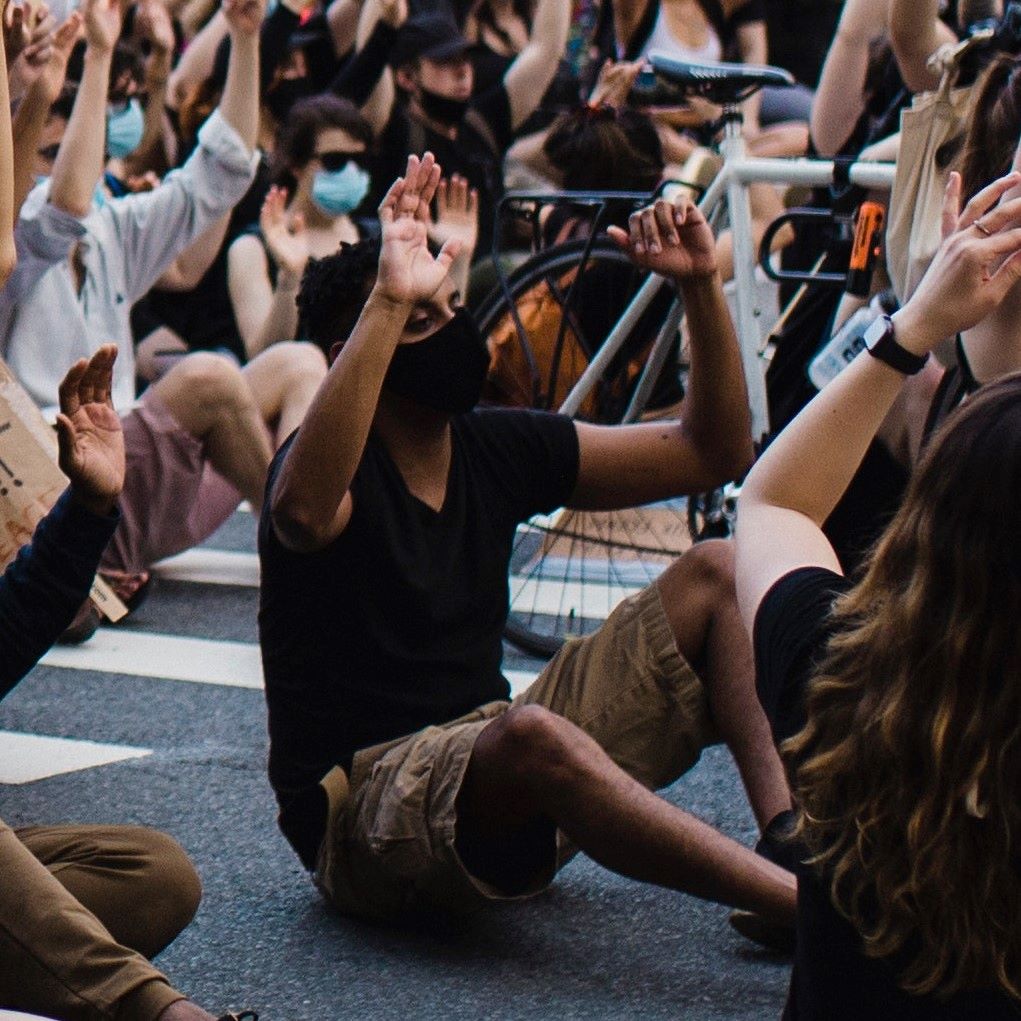 Protesters will be gathering in Southampton city centre on Friday (April 2) to protest against the government’s Police, Crime, Sentencing and Courts Bill.

Organisers are hoping that crowds of more than a thousand will gather for the protest, which is planned to be a static, socially distanced event, with those taking part asked to wear PPE.

Protests have been spearheaded nationally by a number of groups, including feminist direct action group Sisters Uncut, while several different groups, as well as individuals, are involved in organising the protest locally under the banner of Kill the Bill Southampton.

In a statement to In Common, Kill the Bill Southampton said: “We, the unnamed, call for a mass mobilisation of people at Southampton Guildhall Square this Friday 2nd April at 5:30pm to show resistance to The Police, Crime, Sentencing and Courts Bill.

“The Police, Crime, Sentencing and Courts Bill will enable the police to decide where, when and how citizens are allowed to travel, congregate, protest, and work. Sentences of up to 10 years are laid down for anything from a protest to a house party or even just a lone individual causing ‘serious annoyance’.

“The UK already has incredibly restrictive Trade Union legislation, and the bill would further criminalise picketing and industrial action. It would also allow the police to seize travellers’ homes, and the courts to levy fines and hand out jail sentences to anyone in the GRT (Gipsy, Roma and Traveller) communities found travelling without a state-mandated passport.

“This bill attacks all communities, and it is all of us that must resist. We cannot separate the need to fight this bill, with the need to resist the actions of the police.

“A bill that imposes a 10-year custodial sentence for defacing a statue whilst only 5 years for rape is one that must be contested. This bill comes as a direct response to the success of the Black Lives Matter and environmental movements in mobilising people and placing pressure on our Government to implement the necessary changes to rebuild our society. Do not allow our voices to be silenced, make no mistake; this is a direct attack on our freedoms to mobilise and protect ourselves and our environment.”

One of the organisers told In Common: “Based on the buzz on social media, we are expecting a good turn out. We are telling people to be safe and socially distanced and we will give people information on the day about their legal rights and there will be unofficial legal observers present. It will be a peaceful protest so in terms of stopping it turning ugly, that’s down to the police in how they respond.”

Barrie Margetts, Labour councillor for Coxford, Southampton, plans to attend the demonstration. He said: “I will be supporting the rally on Friday because being able to protest is fundamental to democracy. As an elected councillor people need to be able to challenge and question decisions we make, and to hold us to account.

“Transparency and accountability fundamental. I also think the police forget sometimes that they are the servants of the people and should protect our rights, not those of power and vested interests. And particularly white men in power need to listen , and not blame the victims.”

Joe Dukes, chairperson of Southampton People’s Assembly, who are organising a separate anti-government protest in Southampton on Saturday, also supports the Kill the Bill protest. He said: “The measures proposed in the Bill undermine our Human Rights (articles 10 and 11). Freedom of expression is supposed to be a cornerstone of British democracy. This Bill is both oppressive and undemocratic and needs to be stopped by any means necessary.

“The Bill includes punitive measures that will disproportionately target those seeking to organise themselves and take collective action, particularly people campaigning to put people and planet before profits, which is an ideological political position widely rejected by those motivated by big business interests and neo-liberal politics.

“The balance of power globally is already grossly in favour of the corporate elite. Parliament is failing in its duty to deliver representative democracy that serves the best interests of the people.”

Extinction Rebellion, who are encouraging participation in Friday’s Southampton demonstration, and are referring to the event as a ‘Stop the Bill’ protest on social media, have said: “Momentum is building to oppose the Policing Bill. Let’s ride that wave and stand together in solidarity with our allies to put pressure on the government to Stop The Bill. Let’s leave our political affiliations and branding at home and stand together in unison with one voice. With that voice let’s declare the undeniable democratic truth that protesting is a right and not a privilege.”

A member of  the group, who works for the NHS, added: “I’m attending the protest because the idea of the Home Secretary having unilateral power to jail protestors she considers ‘a serious annoyance’ is a move you’d expect from an authoritarian regime and has no place whatsoever in a free democracy.”

Manthan Pathak, External Coordinator for XR Southampton, said: ” I’m protesting because I recognise this country is in very real danger of becoming an authoritarian police state. I don’t believe this is hyperbole or even conjecture since we’re speaking of a legislative bill that contravenes international human rights law. So this shouldn’t be reduced to a debate on policy position, but instead my attendance and support is a natural response to the threat of our most essential civil rights being stolen from us.

“The rights to freedom of speech and protest are fundamental to the flourishing of a democratic state, and I fear we are sleepwalking into authoritarianism under the cover of the COVID crisis. I feel compelled to use my democratic voice while I still possess it.”

Organisers from the Kill the Bill Southampton are urging anyone attending the protest to wear a suitable facemask and to maintain social distancing at all times. One of the organisers added “numerous studies following the Black Lives Matter protests have shown no measurable spike following the open air protests – compared to the impact of Eat Out to Help Out, the impact on transmission was negligible.”

He added that the protest was expected to be the first of a wave of action, both nationally and locally, intended to prevent the bill from being passed.