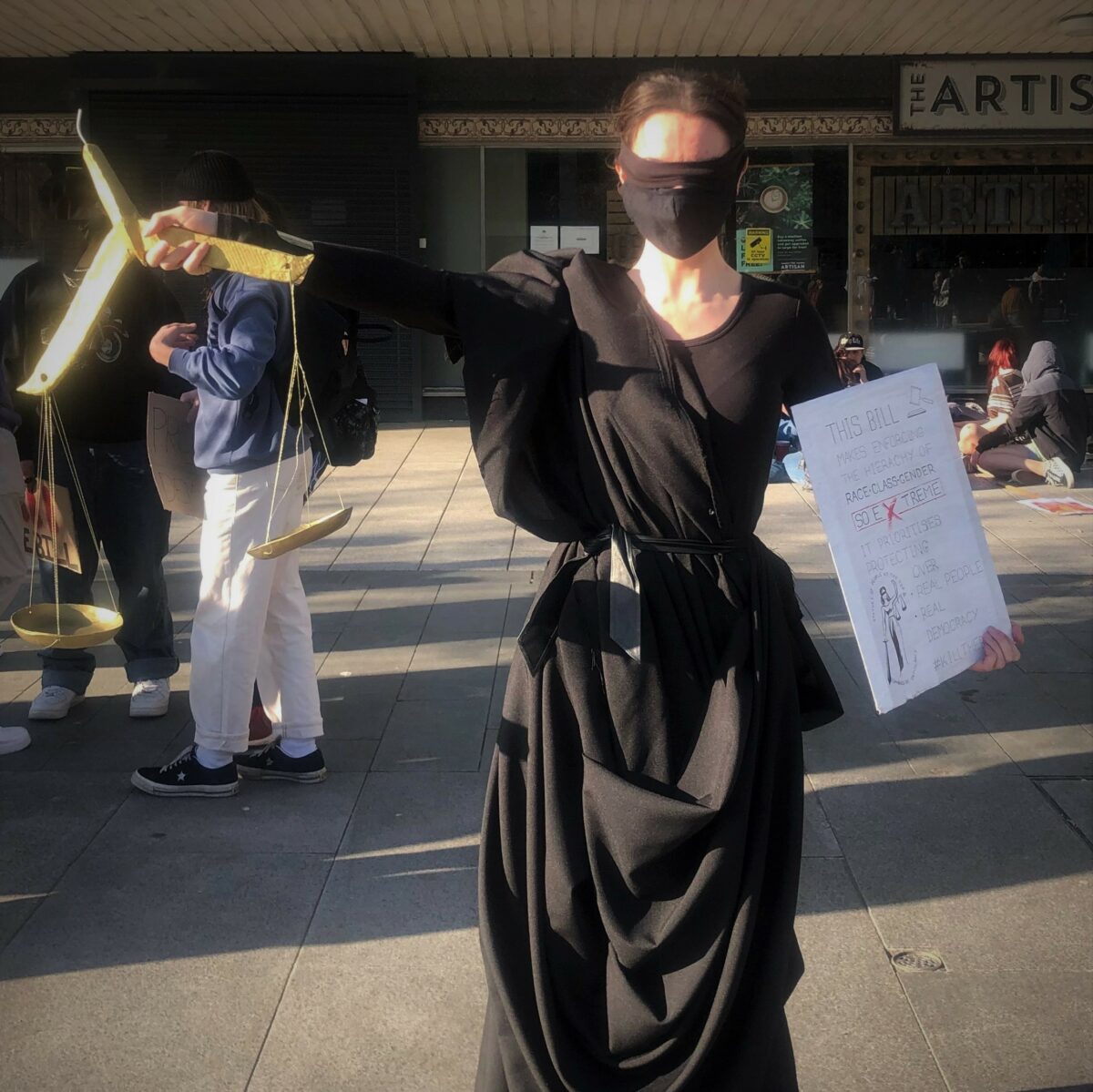 Kill the Bill! Kill the Bill! That was the cry when 400 or so people assembled in Southampton’s Guildhall Square on Good Friday to protest the Government’s Police, Crime, Sentencing and Courts Bill. 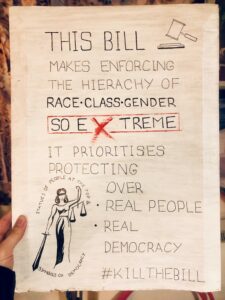 In front of a crowd of mainly young people, a succession of speakers highlighted the wide-ranging measures in the proposed legislation, which has seen protests in Bristol, London and other cities.  People from a wide range of different campaigns came together – women’s groups, ethnic minority groups, civil liberty campaigners and environmental activists.

One of the organisers introduced a range of speakers who described the wide-ranging scope of the Bill and its effects – restrictions on protests and new laws criminalising Gypsies, Roma and travellers; greater police powers to stop and search – at a time when evidence and high–profile incidents show that existing powers are used disproportionately against Black people. There is also and the much-heralded new crime of abusing statues, which has drawn criticism that its 10 year sentence is greater than that for rape. Speakers argued that Britain should be coming to terms with its slave trade past rather than introducing new laws to promote public recognition of those who profited.

Protests across Britain against the proposed new laws are not happening in isolation. There is widespread concern that efforts to tackle racism, violence against women, and inequality have gone into reverse – underpinned by the effects of the Coronavirus on ethnic minorities and on women’s employment.

There is anger about the  way the police broke up the peaceful vigil on Clapham Common a fortnight ago, itself highlighting safety and the  threat of violence against women, harking back to the Reclaim the Night marches in similar circumstance in the 1970s.

Christa Henson told the crowd: “I am here because after the Sarah Everard vigil the police response was absolutely shocking. The amount of police violence is just insane. I think it’s our responsibility as young people to do something about this and to make a change if we can.”

Long-time Southampton campaigner Jayanti Shah insisted that the struggle against racism would continue, and that the right to protest was a human right that could not be taken away. He also argued that the City Council should be taking a higher profile in speaking out for people’s rights, and supporting the fight against racism.

Last week also saw the start of the trial of the killer of George Floyd which sparked the global Black Lives Matter protests, and the publication of the Government’s report on ‘racial disparity’ which seemingly seeks to pushed lived Black experiences under the carpet and suggests that Britain is a role model of race equality.

Councillor Dave Shields took the platform, on behalf of the Labour group, to tell the crowd that the City Council was disappointed that the evidence from Southampton that it had submitted to the Commission on Racial Disparity had been completely ignored, and certainly does not agree with the Commission’s controversial findings.

The restrictions in the Bill – outlawing protests, even by one single person, that might make a noise or disturb local business – effectively allow the State to decide what we are allowed to protest about. Something that those opposing the Bill think is another step too far. Since the repeal of the Riot Act in the 1970s, there  has been a steady but continuous restriction on all forms of organised protest, whether through Trade Union laws, Public Order an ‘Anti-Social Behaviour legislation.

Organisers of marches and  demonstrations already have to negotiate the route and other arrangements with the police.  However, the new Bill gives the Home Secretary the power the determine what constitutes ‘serious disruption’, and introduce restrictions on protests, giving the police the power to impose start and finish times, as well as noise limits.

The Government’s proposals appear to have arisen specifically to counter the Black Lives Matter movement, and the novel but currently lawful forms of protest that Extinction Rebellion have developed. But while those issues – and women’s rights – are traditionally of concern to the left, Home Secretary Patel is also under fire from the political right for undermining their sense of ‘freedom’ through the social restrictions such as lockdown, introduced to counter Covid.

While supporting the criminalising of travellers in the Bill, they recognise the difficult and political position that the police are put in, applying the law on protests organised by particular groups or on particular issues as the Government intends. The violence and anti-social behaviour of the statue protection protests, and marches by far-right groups come to mind.

The demonstration in Guildhall Square was peaceful, watched over by two local policemen, masked and distanced – as were the protesters. However, over the last two weeks, warnings and photos have been circulated by anti-fascist researchers to Kill the Bill organisers to help identify far-Right activists attempting to disrupt and discredit the campaign.

In the minds of the Kill the Bill protesters there is no confusion about whether the Coronavirus laws prohibit protests, as some allege. There was a unanimous belief in the crowd that the proposed attack on their civil liberties warranted civil disobedience. Sajid Javid MP, a previous Home Secretary has said:  “it is a long-standing tradition that people are free to gather together and to demonstrate their views. This is something to be rightly proud of…. where a crime is committed the police have the powers to act so that people feel protected.” 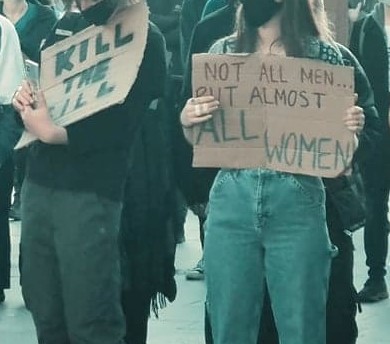 The concern among the Kill the Bill demonstrators is that under these laws, it is Protest itself that is being considered a crime. 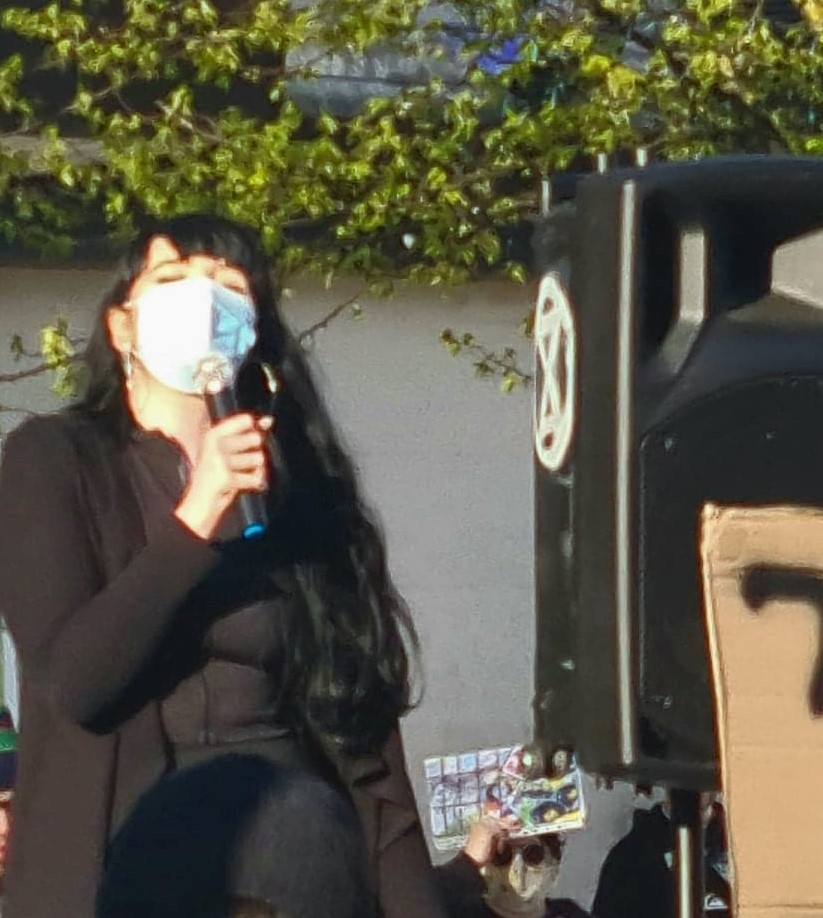 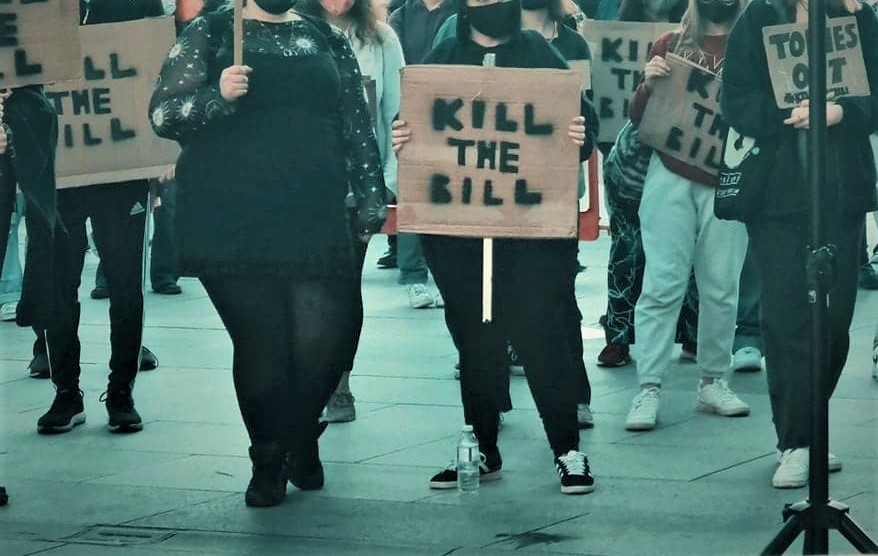