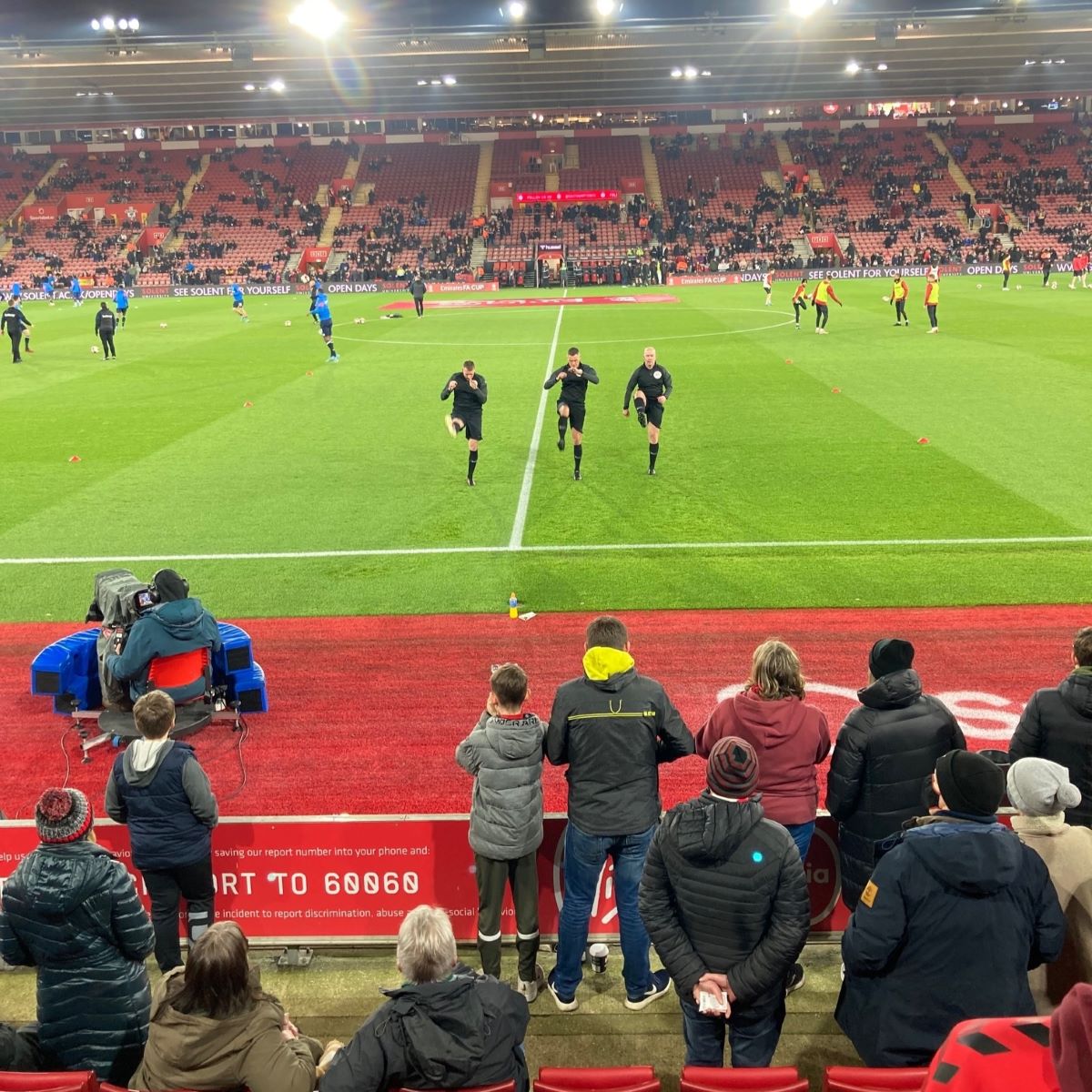 I don’t think of myself as particularly superstitious in any other aspect of my life. But when Southampton FC have an outstanding run of form (on average once every few years if you’re asking) something strange starts to happen. Put simply, and despite all evidence to the contrary, I start to believe my actions are contributing to the momentum.

At the moment the Saints are in what I can only describe as a state of flow.  Performances have a mesmerising quality to them where everyone seems to know what they are doing, and are making a very good job of it. There’s a fluidity and grace to our play, and this is being reflected in a set of increasingly impressive results.  It’s going to end, it always does, but while it’s here, this momentum seems to permeate not only the club but the fans, the city and the wider football world. Even disastrous world events seem incapable of interfering.

In this state, no-one wants to rock the boat, to change things, to risk knocking the train off it’s tracks. Managers are encouraged to just keep picking the same team, players maintain their rituals and groundsmen water pitches even when it’s been raining all week.  As for fans, well I think I speak for many when I say we just start behaving in ever stranger ways.

I’ve delayed writing this column by a day or two, because I didn’t want to jinx our chances against West Ham on Wednesday by writing about how great we are the moment. And as I sit here typing I can only describe it as anxiety I am feeling that my column might cause us to lose at Aston Villa on Saturday.  On the other hand, we’ve only lost twice in fourteen games since I started writing for In Common – perhaps my words here were the catalyst for our recent upsurge?   It’s a ridiculous set of thoughts and it gets worse.

For reasons I can’t explain I decided I fancied an ice cream while I was walking to St. Mary’s for our match against Brentford on 11th January (yes I know it’s winter, but there’s no underestimating my sweet tooth). I stopped in at Sprinkles and bought a vanilla cone.  And we won 4-1.  Obviously these two facts are not connected.   But that hasn’t stopped me buying an ice-cream on the way to every home match since.  We’ve not lost since and I’m starting to believe there must be a connection…mad I know, just don’t get me started on lucky underpants.

On Wednesday against West Ham our manager, Ralph, risked a complete dis-alignment of the whole universe by making nine changes to his team.  Aside from the anger some felt that he wasn’t taking the FA Cup opportunity seriously, others like me were much more activated by the risks he was taking with our momentum.  We need not have worried, whatever is generating this flow, it is not a settled team.  Our juggernaut carried on its merry way with a pretty convincing performance and a 3-1 win, and we now face Manchester City at home in the quarter finals, a fixture that is going to need all the momentum we can muster.

We’ve reached the stage where even a defeat may not be enough to stop the flow.  It’s going to take a combination of injuries and bad luck, or perhaps we’ll just run out of season.  Looking at our fixtures there’s every reason to believe we can just keep going – although even daring to suggest this is bringing me out in hives.  One thing I know, I’ll play my part with words in this column, ice creams from Sprinkles and a continuation of the lucky pants strategy.