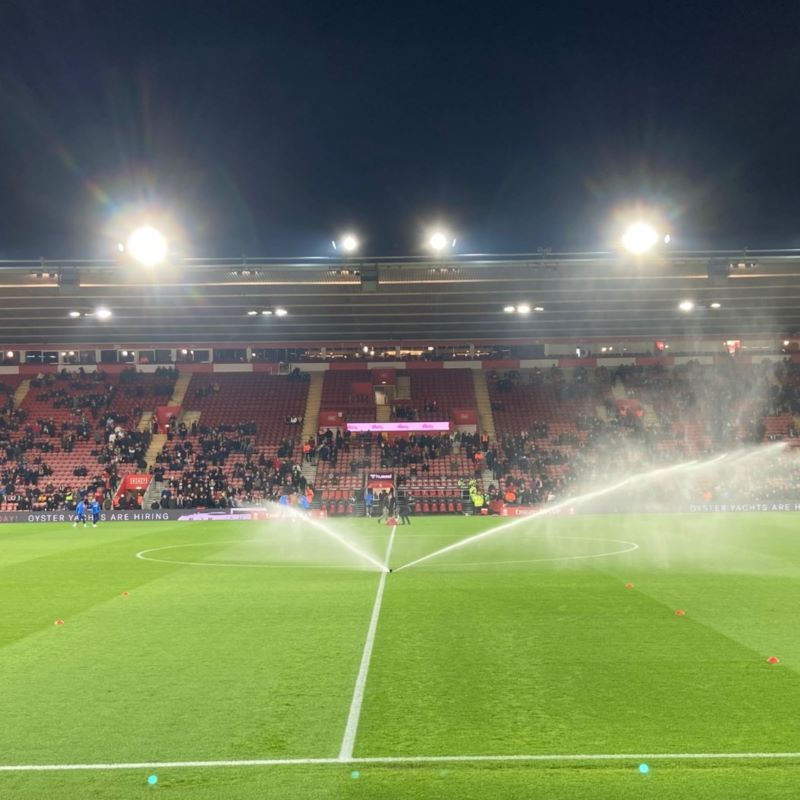 Back ‘when I were a lad’ the gap between football seasons seemed to go on forever. Tired, bruised players disappeared for months or so it seemed. The same players, with one or two exceptions, would roll back in tanned and heavy for the dreaded pre-season training after a long summer off.  In the meantime, we would be diverted by cricket, tennis and pretty much anything but football. Of course there were summer international tournaments but I’m exaggerating all this for dramatic effect.

Fast forward to the modern era and wall-to-wall stories, gossip, stories about stories and general relentless noise.  Southampton completed their final fixture of last season seven weeks ago and yet barely a day has passed since without something red and white to chew over. Transfer speculation as the window opened, backroom changes, preseason fixtures, the new kit, even giant screens at the stadium; each has had its own narrative and media momentum.

The transfer window is well and truly open. In a new development we’ve taken to signing some players early, without selling first, which has created ripples of excitement.  And, with the exception of Willy Caballero who is about 106, our new signings seem frighteningly young.  I say frighteningly because it’s a high-risk strategy spending on future potential more than proven experience, and also because, well, I’m just getting old and everyone seems frighteningly young. To date we have signed three goalkeepers, a defender and a midfielder. Word on the street is that an attacking midfielder from Rangers is inbound and that we will get one striker definitely and possibly two. This is all giddy stuff. I guess I should be worried I’d never heard of any of them before (except Willy) but that’s becoming increasingly the norm and says more about me than them.

The transfer frenzy was preceded this season by an overhaul in backroom coaching staff.  There was a time when none of this really seemed to matter. As long as the managers and players were right, frankly anyone could put the cones out in training. Nowadays coaching staff are bewildering in their volume and specialisation.  As well as first team coach, academy coach and goalkeeper coach, apparently we have, for example, people who coach in what to do without the ball (get it back?).

One thing that has remained more constant is intrigue in what the preseason fixtures will be.  I gave up actually going to watch these many years ago; but this season the hype and excitement has compelled me to spend £23 on two tickets for Saints v Villarreal on 30th July.  A game at home to a foreign, often Spanish, side on the Saturday before the season starts has been something of a staple for many years now.  Equally predictable is that the game will be terrible and we’ll lose.  Nevertheless it marks the climax to our pre-season which seems to always include the obligatory tour of our managers homeland, and some away fixtures against local fitter, hungrier lower-league opposition.

Probably my least favourite aspect of the post-season to pre-season hyperbole is the new kit.  Oh for the days of a first team kit every two years and a second kit similarly timed, and for the unveiling to take place in person in a pre-season friendly (perhaps the only good reason for attending).  Nowadays every season there’s teasers for weeks and rumours aplenty, before the arrival of animated short movies heralding, one at a time spaced out, not two but four kits, and training tops, and goalkeeper shirts and tracksuits.  Will I sound like a grumpy old man if I say it’s ridiculous?  I’m guessing these things make sense financially or clubs wouldn’t bother but it’s not for me.  I always end up having an opinion on the new kit, normally after half a dozen games, but I have to say this year’s is going to take some getting used to.  I’m hoping it grows on me, though not literally (if you’ve seen the latest second shirt you’ll know what I mean).

Finally, I couldn’t conclude this out of season preview without a word for the imminent-but-not-yet-here giant screens.  Will they be here for the first game; are they still on a slow boat from somewhere?  The latest rumour is they there are here but too big to be safely mounted on our stadium roof.  Who knows the truth of all that, but we’ve waited a year now and are in need of a decent new narrative to keep the buzz going.

In four weeks time we’ll finally get to see what all the fuss was about when it really matters.  Away to Spurs on Saturday 6th August.  New players, new staff, new kit, same old mixture of excitement and dread.  Bring it on!