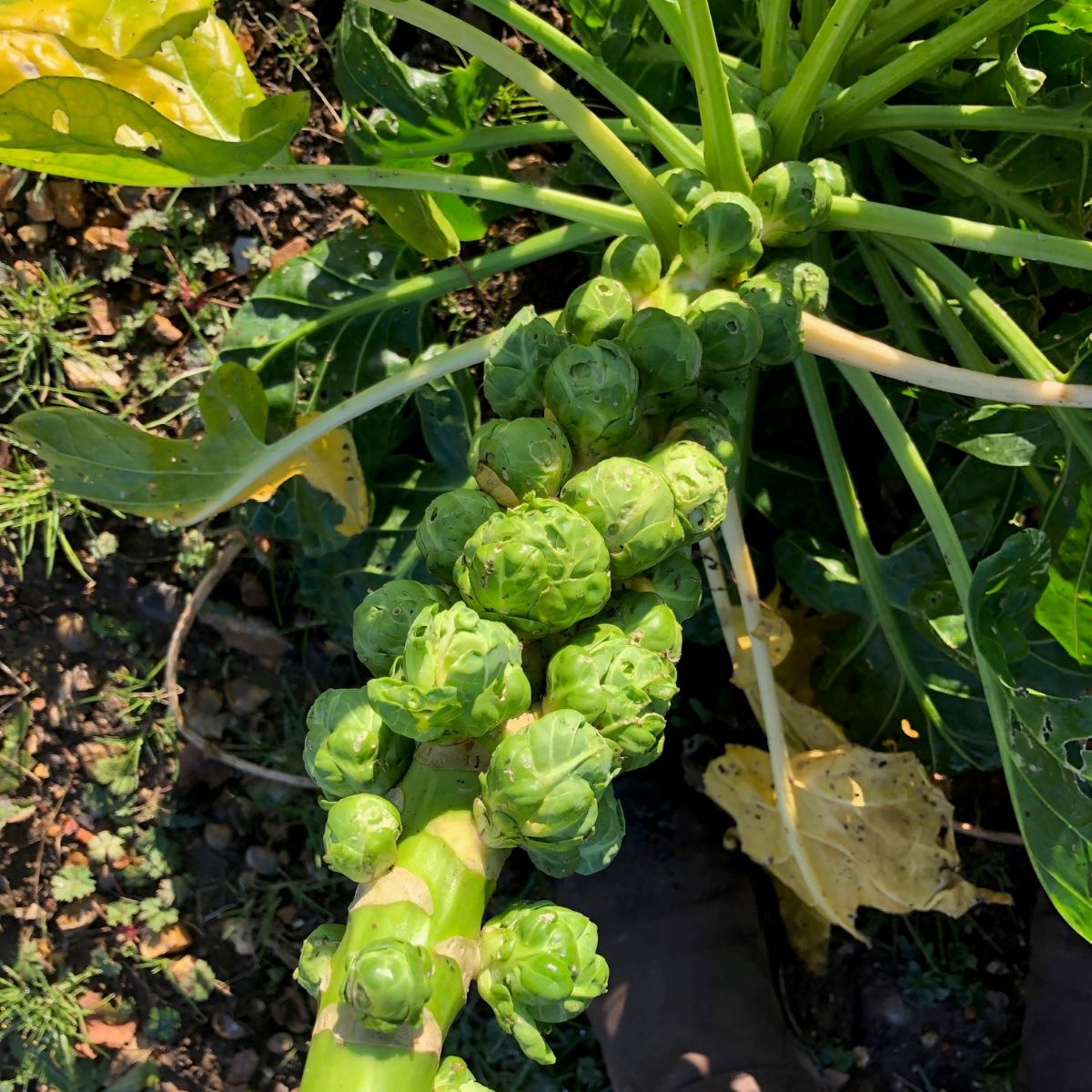 A new year and grand new plans for the old ‘lottie for 2020. After the relative success of a hit and hope approach last summer when we inherited our plot, a few plans have been forming over the festive break as to what heights we can hit with our produce this coming year.

With barely a bucket-full of gardening knowledge between us, my neighbour and I were delighted to have been kept in courgettes for the duration for the summer and were thrilled to be still be picking the plum tomatoes well into September. So, with a bit more thought and experience this year, who knows what our harvest will bring?

Our plot also gave us one last hurrah for the year which made for the prized dish on the Christmas table. This year’s show-stopper was neither the spice-glazed gammon, nor the Nigella-brined turkey, oh no.

The ‘oooos’ and ‘aaaahhhs’ were reserved for a bowl of little green gems that although small in number, were the sweetest sprouts I’d ever tasted. Harvesting them also made for a lovely twenty minutes of tranquillity on Christmas Day as I headed up to the ‘lottie in the crisp winter sun to haul out our two remaining sprout stalks that had been persevering since we popped them in and crossed our fingers back in July.

They were by no means award winners in size or appearance – but they were ours, and it turned out that due to the vegetable’s inherent lack of appeal there was more than enough to go around those who did enjoy them – and enjoy them we did.

It seems a lot of behind-the-scenes work is called for in winter. We have decided we are the fair weather gardener types so we are mostly drawing pictures of where we want stuff to go and convincing my neighbour’s husband to put his excellent carpentry skills to use by constructing some raised beds in time for spring. Having been warned of the prevalence of stones making for wonky root veg, we eyed up some of our fellow allotmenters’ lay outs and decided that raised beds were the answer. Monty Don eat your heart out.

Aside from that, I have some seed potatoes chitting – yes that is actually a thing. Sounded all very involved when I first heard about it but turns out I had done this many a time without knowing it when I had left an old potato languishing at the back of a cupboard. Chitting is the process of encouraging it to sprout. You set up the seed potatoes in an old egg box and let the eyes sprout before popping them in the (yet to be made) raised bed, or bag or any patch of earth really.

The kids thought I’d officially lost it when they saw me laying out my old potatoes on the window sill, but they’ll thank me when we’re self sufficient I’m sure!